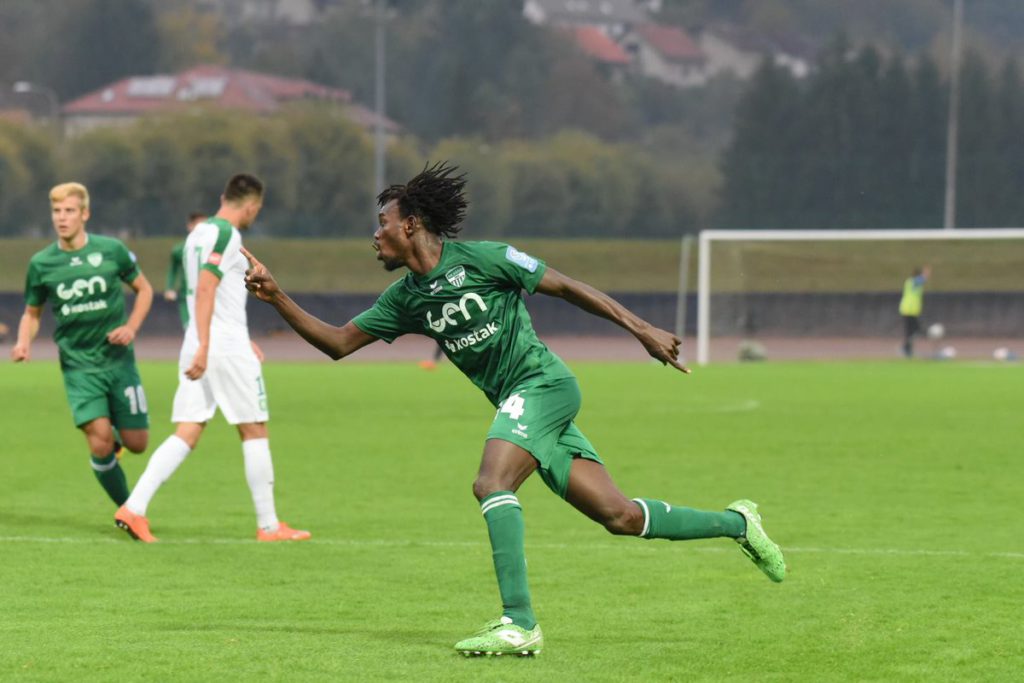 Slovenian midfielder Jaka Bijol silenced Aluminij crowd at the Kidricevo Sports Park as he opened scoring for the visitors in the 19th minute.

But their lead did not last as Arafat Mensah restored parity for the hosts just seven minutes later from a close range finish.

Further goals from Dominik Radic and Jakob Novak condemned Aluminij to their 18th defeat of the season.

Arafat was taken off three minutes after recess due to a suspected injury but Derek Mensah was left out of the squad as he continues to nurse an injury.

Aluminij occupy 8th on the log with 33 points after 35 games.