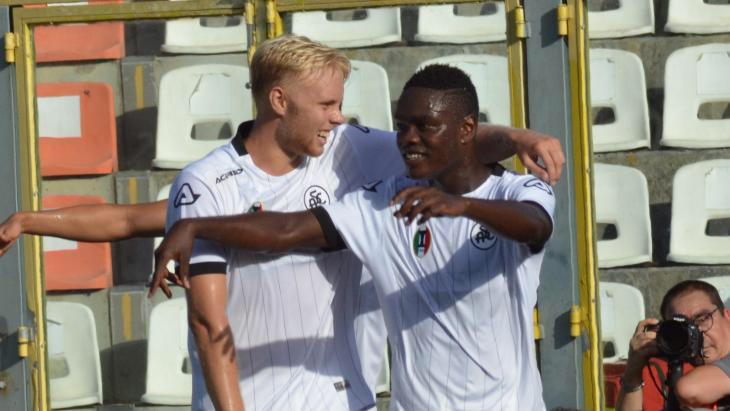 Spezia Calcio coach Vincenzo Italiano has hailed the versatility of Ghanaian forward Emmanuel Gyasi ahead of their Saturday’s Italian Serie B clash against Cittadella.

Spezia will travel to the Stadio Pier Cesare Tombolato to play as guests to Cittadella in the opening fixture of the Serie B.

Ahead of the match, the Black and Whites coach has singled out Gyasi for praise following youngster’s superb display in their 1-0 loss against Sassuolo in the Coppa Italia last week.

The Ghanaian was deployed as a link between midfield and attack — a role which he held well despite their slim defeat at the Mapei Stadium.

"I don't know, because the choice of Gyasi in the Italian Cup was strategic. We feared the Sassuolo dribble and the idea was to win it back with a lot of field behind it and give it to a quick and fast player.”

“He is a flexible player who knows how to move in all three roles. He is a boy I used to know and by training I understood that I have an extraordinary intelligence. He's a team man.”

“In the final minutes in Reggio Emilia, all the comrades were dragged forward to put pressure. If everyone has this mentality, we can get far away.”

Gyasi will hope to better his three-goal haul last term ahead of the soon-to-start season.