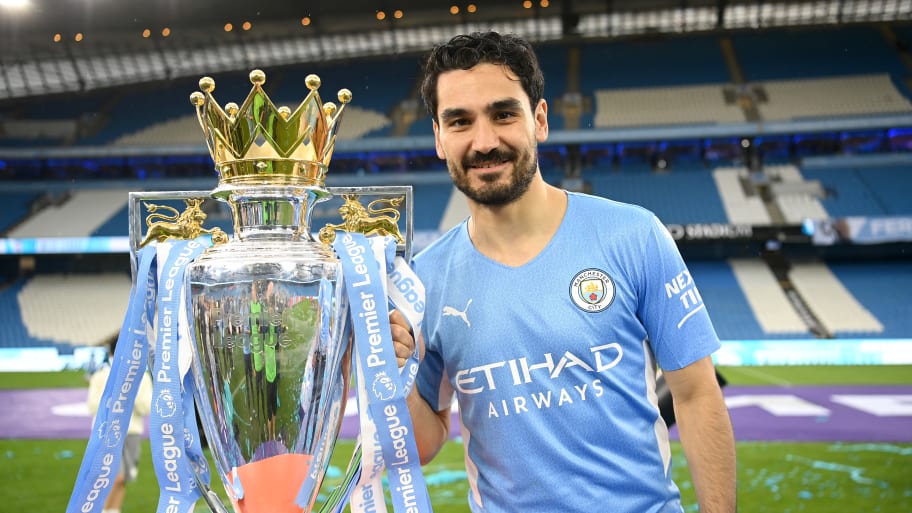 Ilkay Gundogan plans to talk to Manchester City about their future plans amid speculation that he may leave the Premier League champions.

90min understands that the German has been granted permission to seek a move away from the Etihad Stadium, although his importance to City was highlighted on the final day of the domestic season.

Trailing Aston Villa 2-0 with just over 20 minutes to go, Gundogan was introduced from the bench by Pep Guardiola, and he quickly turned the game in City's favour.

The 31-year-old's header from Raheem Sterling's cross started City's comeback, and he was on hand just five minutes later to make it 3-2, sliding home Kevin De Bruyne's bobbled cross-cum-shot to spark wild scenes of celebration in the stands.

Lifting the Premier League title for a fourth time made Gundogan the most successful German player in the competition's history, but he hasn't always been a regular starter for City this season. Indeed, he played just 1,857 minutes of top-flight football, far lower than he'd perhaps have anticipated.

But in an interview with German publication Kicker, Gundogan has said that he plans to sit down and exchange ideas with City about the future - opening the door to staying at the club.

“We will sit down together in due course and exchange our ideas and plans, and then we will see what comes out of it," Gundogan said. “Football-wise, there is certainly still no better address than Manchester City under Pep Guardiola, and I think that will hardly change in the next few years.

“Of course, I would have liked to play a little longer in one or two important games over the last few months. That’s not a secret. I am a player who always wants to play.”

This article was originally published on 90min as Ilkay Gundogan to hold talks with Manchester City over future.