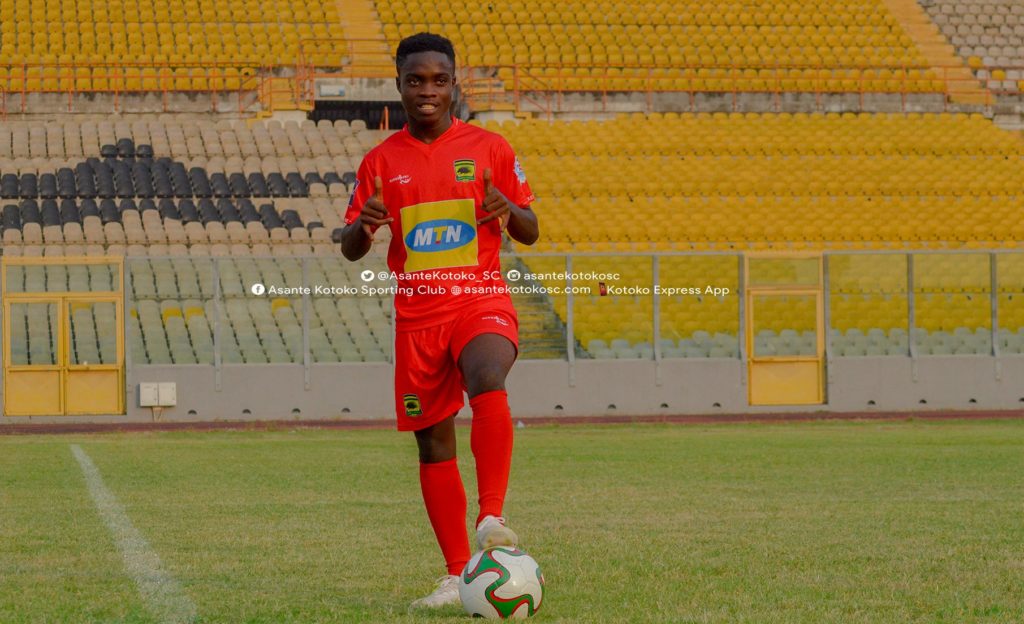 Talented youngster Matthew Cudjoe has opened up about his desire to play for the senior national team, Black Stars after a breakthrough season in the Ghana Premier League.

The 16-year-old joined Kotoko on a one-year loan spell and gave an impressive account of himself before the season was cancelled due to the Covid-19 pandemic.

He is famously remembered for his great display in 2-1 win against Hearts of Oak at the Accra Sports Stadium.

With the game ending in a stalemate, Cudjoe, a second-half substitute, helped Kotoko win a penalty which was converted by Naby Keita.

According to him, he is patiently waiting for a call up to the Black Stars as he set his sight of making a difference with the team.

Anim Cudjoe has already played for the national under-20 team at the African Games in Rabat, Morocco, and was a revelation in the abortive league.