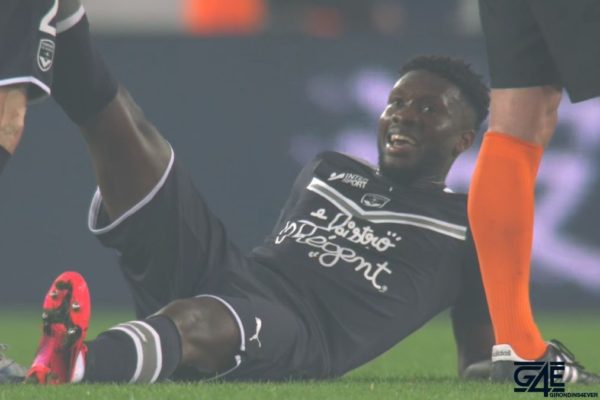 French-born Ghanaian defender Enock Kwateng clocked the second best rating for Girondins de Bordeaux during their draw against Olympique Marseille in the French Ligue 1 on Saturday.

Kwateng has found form again after being given a long break due to the death of his brother, Jackson Kwateng, last month.

The 22-year-old earned a spot in the league’s team of the week upon return to the starting line-up in the 1-0 win against FC Nantes despite playing just 45 minutes.

The right-back continued his impressive display when the Navy-Blue lads held high-flying Olympique Marseille to a goalless draw on Sunday.

Kwateng collected a ratings of 6/10 in the game, with only goalkeeper Benoit Costil who picked 7/10, earned more ratings than the Ghanaian youngster.

Kwateng perfectly muzzled Marseille danger man Dimitri Payet up until he was replaced with Mozambique international Edson Mexer in the 77th minute with a suspected injury.

He has registered one assist in ten league games for Bordeaux in the ongoing season.