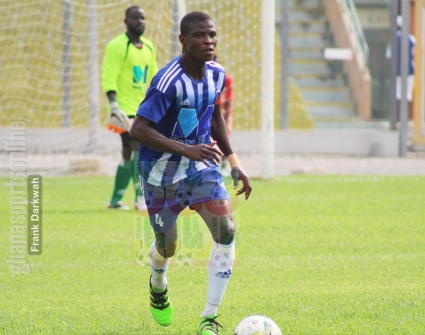 Former Hearts of Oak defender Dan Quaye has jokingly bragged that he is 'the next in line' after the Asantehene because of his popularity in Kumasi.

Dan Quaye is loved by fans of both Hearts of Oak and Asante Kotoko, and was close to joining the Porcupine Warriors after the 2005 CAF Confederation Cup triumph with the Phobians.

However the move never saw the light of the day, with the right back spending most of his career with Hearts and Great Olympics.

The 39-year old revealed after a game against Kotoko, he was mobbed by fans of the Kumasi based club who did not want him to leave with the Phobians and had to be rescued by the security.

“I remember after one game in Kumasi against Kotoko I was supposed to join the bus," he told Citi Tv's The Tracker Show.

“I had to join the bus when it was by the road side and even that they wanted to follow me. In Kumasi after Otumfuor I am the next in line," he said jokingly.

“Had it not been for the police they would not have allowed me to join the bus."