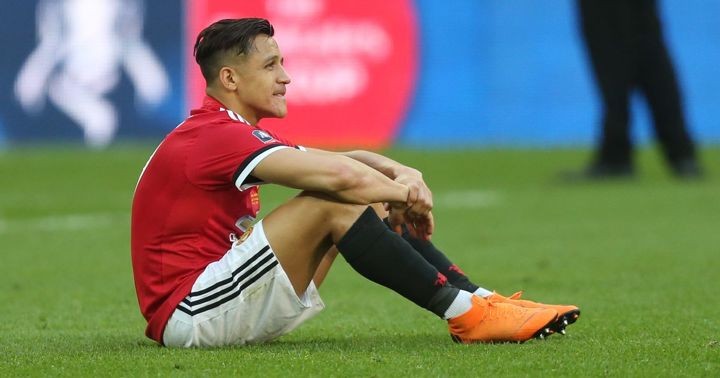 While Sanchez's future at United remains uncertain, Ince believes it's possible that he could return to his best at Old Trafford.

"I wouldn't rule out Sanchez going back to United and being a key part of their team next season. Football is a funny old game," Ince told Paddy Power.

"I've been in the situation as a manager where I've thought “right, I'm going to get rid of him and him” but when it comes to it you can't get the deal done, so they stay at the club.

"Then pre-season comes around and they're a totally different player to the season before, and they're your key man the next season.

"So Sanchez could definitely go back to United, look fantastic in training, and bang suddenly he's important to their plans after all."

Despite his vote in confidence in the 31-year-old, Ince also believes that Sanchez made a big mistake in moving to United instead of neighbours Manchester City in the first place.

"Going to United was a mistake. I bet Alexis wishes he'd gone to City, like he was supposed to," he added.

"United was never, ever the right move for him; the team wasn't settled and their style of play wasn't conducive to him.

"And he was clearly desperate to make an impact. Look at the way Bruno Fernandes has hit the ground running at Old Trafford, that's what Sanchez wanted, and was expected to do.

"But he didn't get a lot of game time, he was used out of position, so when he did play he started to come deeper and deeper to get on the ball, to try and influence the game, and that wasn't his game.

"So a move last summer was always on the cards, and I thought Inter would've been a good place for him to go – but, again, he doesn't fit.

"Where does he play in the 3-5-2 that Antonio Conte plays? You've got Romelu Lukaku and Lautaro Martinez up front, there's no room for Sanchez."