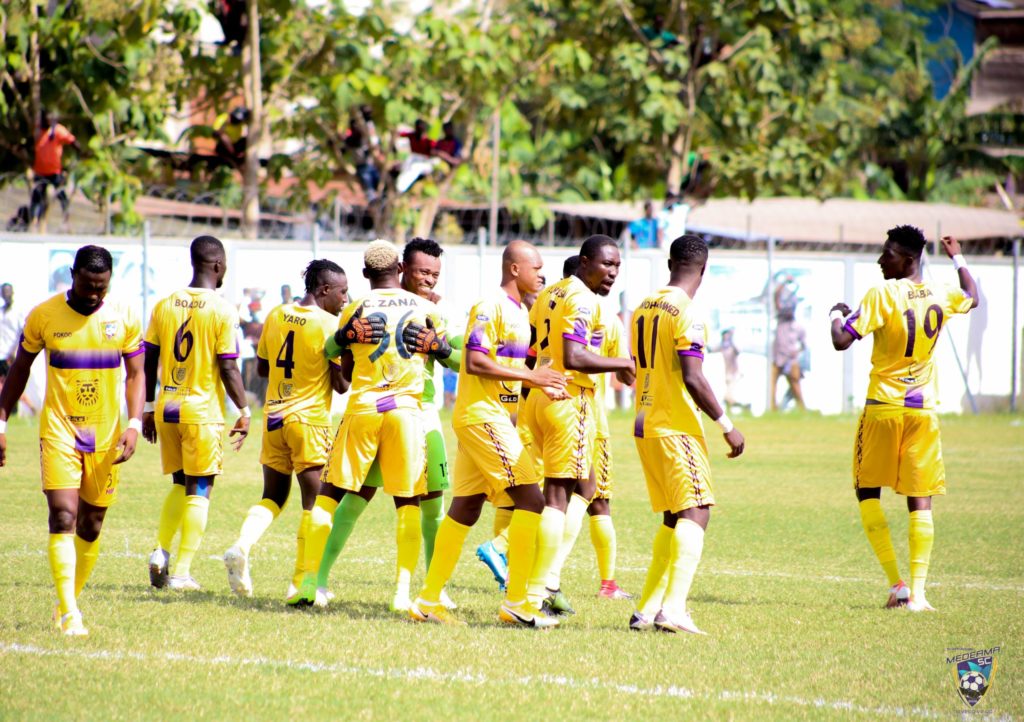 Medeama laboured to a 1-0 win over struggling Elmina Sharks on Sunday thanks to a Kwadwo Asamoah second half strike.

The Mauve and Yellow  looked lethargic and out of steam as they struggled against the basement boys at the Akoon Park.

Asamoah climbed off the bench to score the decisive goal on 69th minute to avoid another disappointing setback.

Despite the win, fans of Medeama could be concerned about the performance of the team in recent weeks.

The players appear disjointed with coach Umar Rabi having a lot to do in changing the narrative in the remaining matches.

Medeama have appeared to grind out results but the general output of the team has come under the spotlight.

They struggled against basement side Elmina Sharks which followed their 1-0 defeat at Asante Kotoko.

It's unclear if he was dropped to the mistake which led to their defeat against the Porcupine Warriors.

However, Medeama looked ordinary with concerns about the quality of the team this season.

Medeama have jumped to third on the league table with 26 points from 15 matches and travel to the city to battle Accra Lions in their next Premier League match.