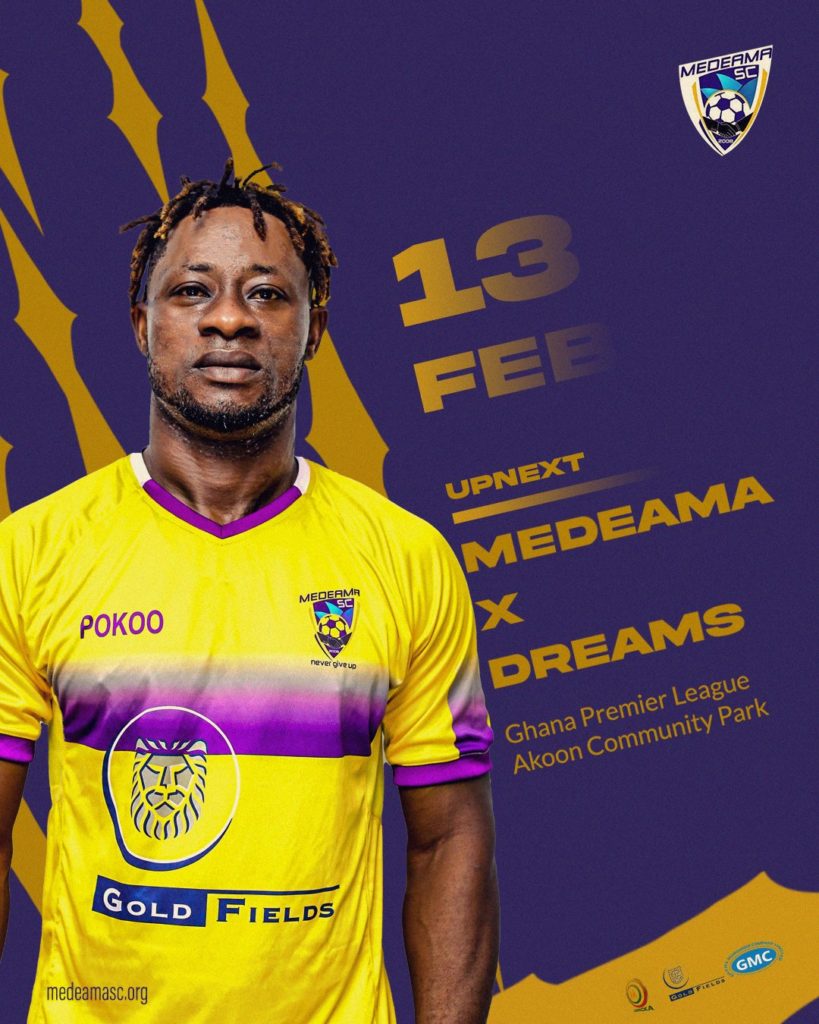 Medeama can move back to third on the Premier League table if they negotiate their tie against Dreams FC at the Akoon Community Park on Sunday.

The Mauve and Yellows were shocked last week after losing 1-0 at debutant Accra Lions in the capital.

They are back at home as they host Dreams FC at the Akoon Park- seeking to end the first half of the season on a high note.

There is uneasy calm at Medeama amid reports of managerial crisis that has seen Chief Executive James Essilfie leave while a number of coaching backroom staff have left.

However, the side's seeming performance in the league appears to have covered for the massive crisis that has crippled the team.

There are massive cracks at the club but they will seek to put that behind them when they take on Dreams FC at home.

Dreams go into the match without a substantive coach after Serbian Vladislav Viric resigned from his post following the side's defeat to Berekum Chelsea last week.

Medeama recorded a 2-0 win over the Theatre of Dreams side last season courtesy a brace from Ivorian-born striker Amed Toure.