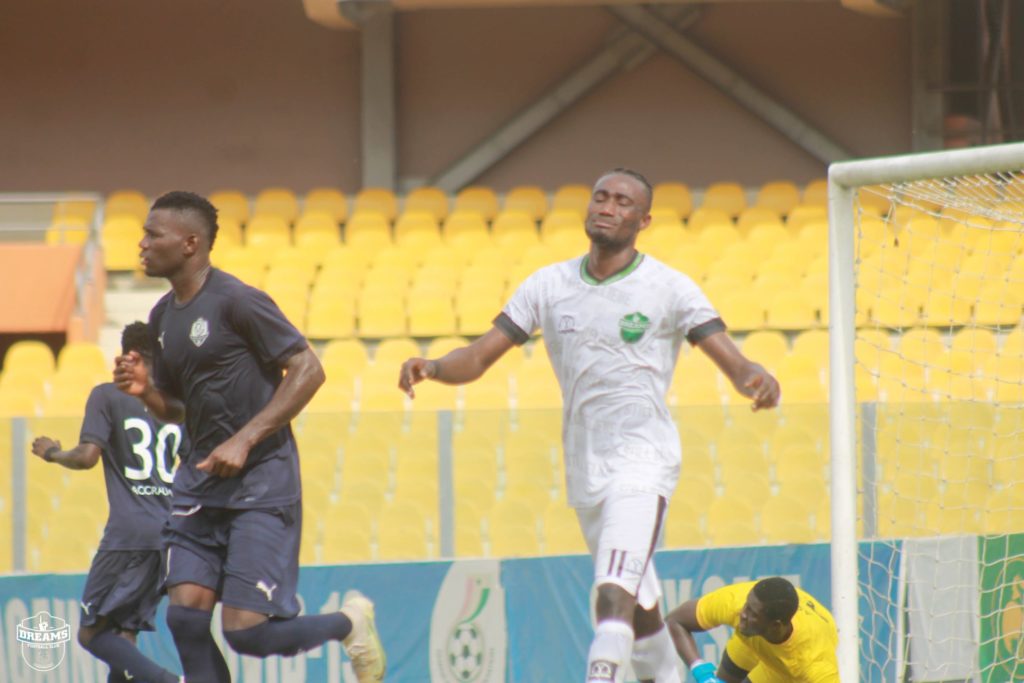 Second-half substitute Fawzan Alhassan Dandawa was the hero of the day after scoring with the last kick of the game to secure all three points for Accra Lions against Dreams FC.

Accra Lions returned to winning ways after a run of four games without victory.

The hosts started the game brightly and came close twice in the early minutes, with Fredrick Asante having the best chance.

The game immediately swung with Dreams FC hitting the post from an Ali Huzaf strike.

The strong forward kept threatening the Accra Lions defence but Rich Sackey and Jacob Mensah were equal to the task as they made sure the team did not concede before half time.

After the break, Accra Lions started just the way they started the first half, with Daniel Awuni and Rich Sackey nearly grabbing the opener. Awuni forced a brilliant save from the Dreams FC goalie before Sackey saw his header cleared off the line.

Accra Lion manager James Francis made his first substitution bringing on Seidu Basit for Fredrick Asante on the hour mark.

Later on he replaced Hagan Frimpong with Fawzan Alhassan, with the youngster causing troubles for the defence of Dreams FC.

Agyenim Baoteng provided Lions with a scare after weaving his way into the box but his strike hit the post.

And just when it seemed the two sides will be settling for a draw, Fawzan Alhassan rose high to head home the winner for the newcomers.