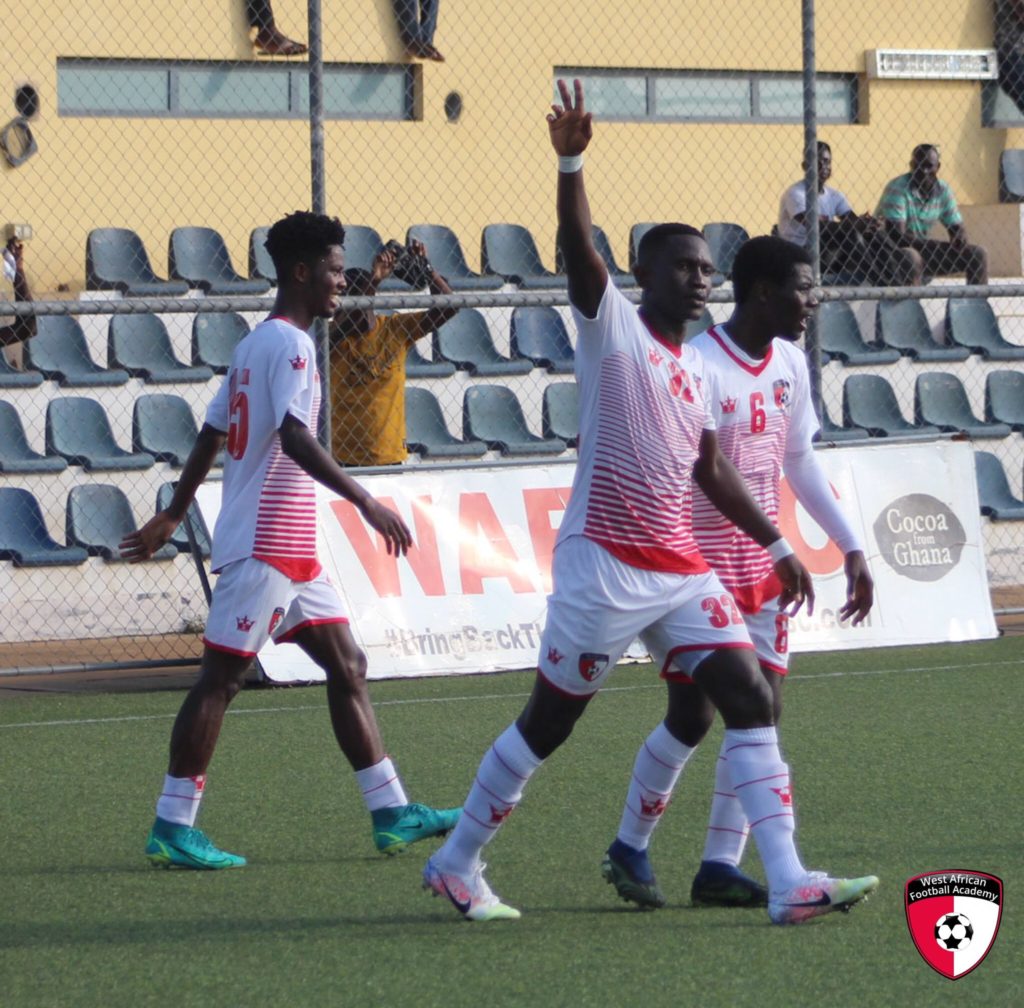 WAFA returned to winning ways by squeezing a 1-0 result against Real Tamale United at home on Sunday.

The Academy Boys needed to end their three-match losing streak and breath life back into their campaign.

Striker Justus Torsutsey collected a threaded pass from Emmanuel Agyemang and he slotted past the RTU goalkeeper Yaw Osei who was off his line.

Just before the break, WAFA could make it two-zero but Moses Ayidem missed a glorious opportunity by sending his header wide.

Ayidem kept on knocking on the door for the second goal but he lacked accuracy.

In one instance, he wriggled his way into the box but his shot at goal was not the best as it goes wide.

RTU had a rare attempt to score when they were awarded a free-kick but the WAFA defenders were alert to clear their lines.

It was a match of few scoring opportunities as WAFA managed to hold onto that first half goal.