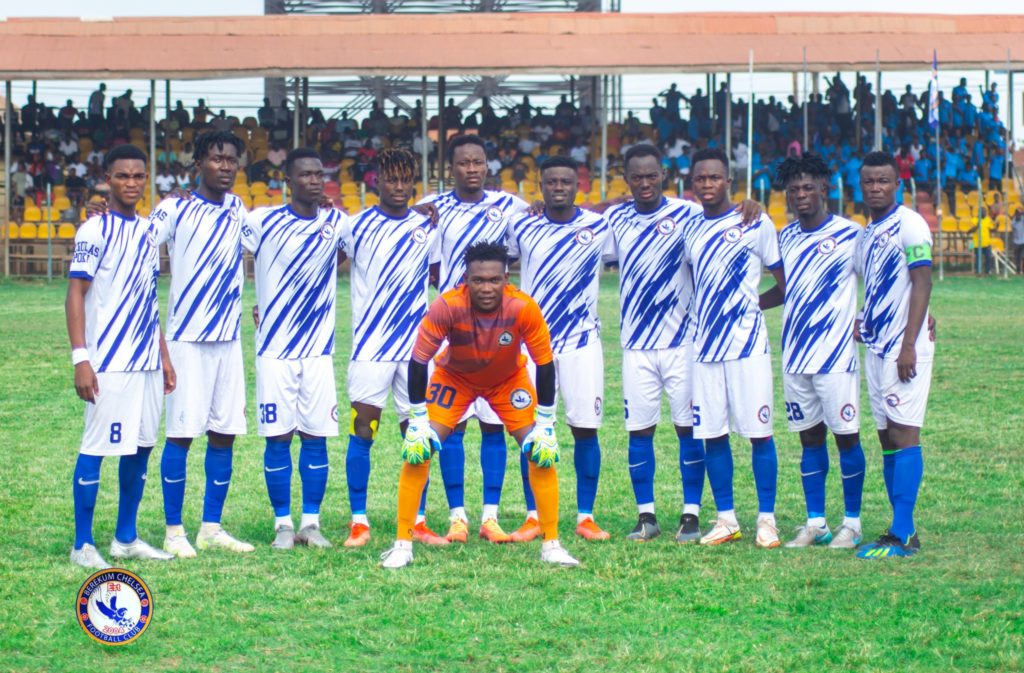 Berekum Chelsea defied the odds to stun King Faisal Babes at the Babayara Stadium in Kumasi in their rescheduled matchday 21 fixture in the Ghana Premier League on Thursday.

Owusu Osei's solitary strike in the first half was enough for the Bibires to compound Faisal's poor form lately.

Coach Nurudeen Amadu made four changes to the team that started last game against Asante Kotoko SC with Adams Abdul Jabal start in goal ahead of Frank Boateng.

Pius Baffour Awuah and Ibrahim Osman returned to the starting lineup while Adu Boahen was handed his first league start of the campaign.

Chelsea assistant coach Solomon Odwo also made a couple of changes to the squad that lost 3-2 to Real Tamale United in Kumasi last Monday with Zacheaus Ndego, Edward Kpodo and Shaibu Haruna coming into the starting lineup.

This is Faisal's third straight defeat at home and fourth in the last five matches in Kumasi which has seen them drop down drastically on the league standings.

The Insha Allah Boys are presently sitting at the 11th position with 29 points, just five more away from the relegation zone.

Chelsea have jumped to the 7th position on premiership standings after Thursday's victory having 33 points from 23 games.

Osei scored the only goal of the encounter which also turned to be the match winner as early as the 5th minute.

Faisal tried to the get back into the game but all attempts couldn't break down the solid Chelsea defence led by reliable defender Henry Ainsu.

Faisal will travel to Elmina to take on bottom placed Elmina Sharks FC this weekend in the matchweek 24 whereas Chelsea stay at home to welcome Legon Cities FC.