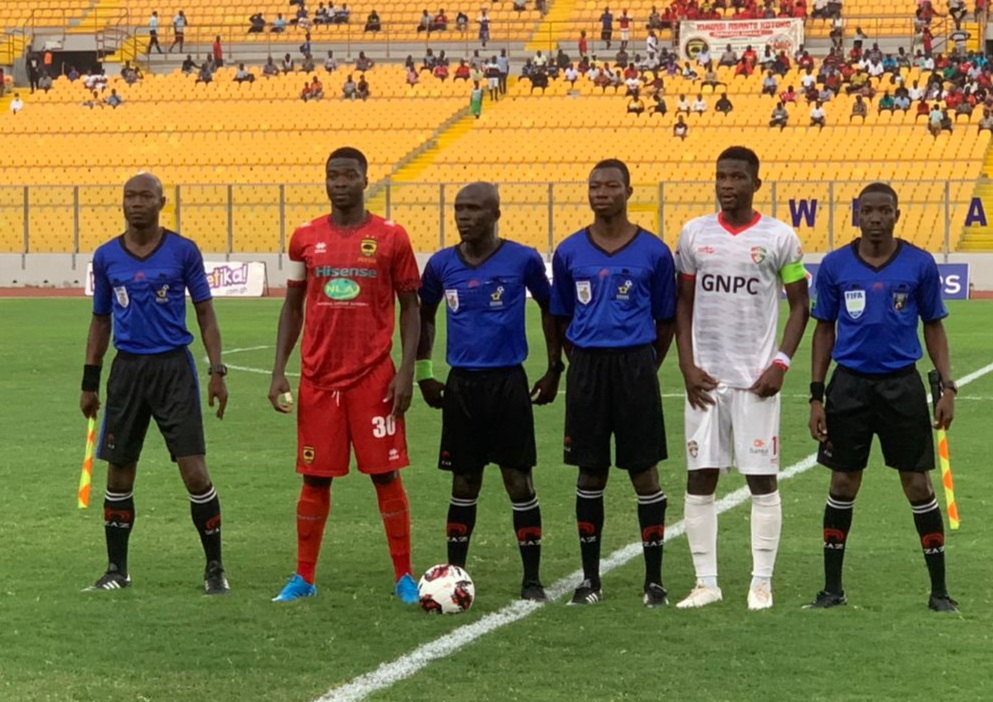 Asante Kotoko SC maintained their 8-point lead at the top of the Ghana Premier League on Thursday evening when they were held by Karela United FC at the Babayara Stadium in Kumasi.

Despite playing with ten men from the 29th minute of the game, Kotoko managed to pick a point by drawing 1-1 with visiting Karela.

Cameroonian import Franck Mbella Etouga scored his 15th goal in 18 appearances to ensure Kotoko would at least pick a point after going down with one man.

The Reds continue to lead the pack with 46 points from 22 matches followed by Bechem United with 38 points and Aduana Stars also with 38 points.

Maxwell Agyemang came in to replace Andrews Apau who has been playing in the absence of unwell Mubarak Yussif in central defence.

Right-back Christopher Nettey returned to the starting lineup for the first time since December 15, 2021 as he replaced Augustine Agyapong.

Samuel Boateng and Mudasiru Salifu also took the places of Dickson Afoakwa and Stephen Amankona respectively in the starting eleven.

Karela trainer Bismark Kobi-Mensah made three alterations to the team that drew 1-1 with Medeama SC in the last round at Nzema-Aiyinase.

The Porcupine Warriors were reduced to 10 men in the 28th minute after captain Abdul Ganiu Ismail was sent off following a silly tackle.

Karela took over the game after the red card to Kotoko and finally opened the scoring of the match in the 36th minute through Andoh who headed in a cross from the left.

On the stroke of halftime, Cameroonian striker Etouga levelled for the Porcupines as he connected a pass from Ibrahim Imoro.

Kotoko were slightly ahead of Karela in the second half but failed to make their dominance count in goals as the two teams shared the spoils.

Up next for the Porcupine Warriors is against King Faisal Babes in the Kumasi derby on Sunday.