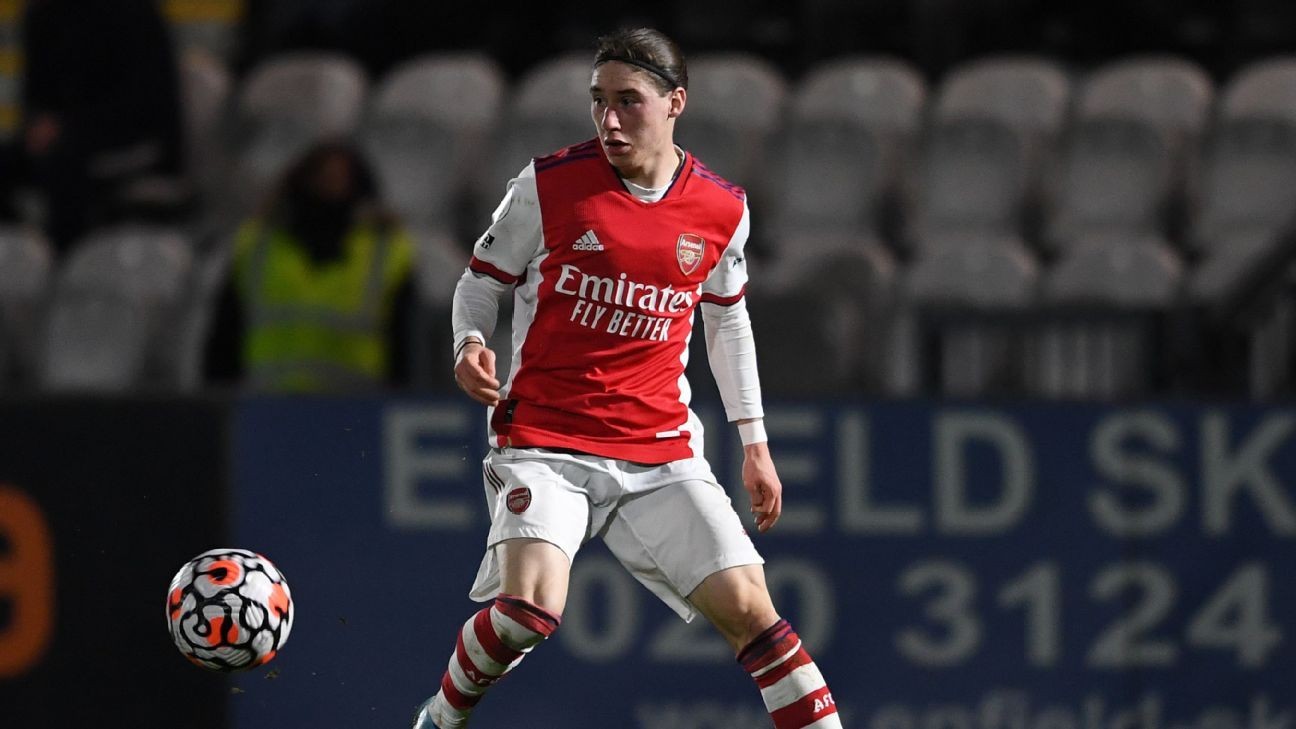 Marcelo Flores announced he is committed to playing for Mexico at international level. Getty Images

On Monday, the promising 18-year-old Arsenal academy player, who was also eligible for Canada and England, confirmed his allegiance to El Tri after sharing a post on Twitter that read in part: "I will represent Mexico wholeheartedly for the rest of my professional life.

"The Mexican Federation has supported me in different facets of my soccer development, invested in my progress and has always trusted me with the freedom to do what I thought was best."

Here's something I've been wanting to share for a while 👇🏻🇲🇽 pic.twitter.com/9VdMdeWTp0

Flores, who was born in Canada to a Mexican father and a Canadian mother, was involved in a recent push-and-pull between both CONCACAF nations. The teenager was included in Canada's provisional squad for the 2021 Gold Cup, but took part in the Revelations Cup tournament last November with Mexico's youth national team. Since then, he's made two appearances for Mexico's senior national team in friendlies between December and April.

Flores' sisters, Silvana and Tatiana, are also involved in Mexico's national team setup on the women's side.

Ahead of the World Cup, the young midfielder will now have to work on winning over manager Gerardo "Tata" Martino, who has yet to give Flores a start in the XI or minutes in an official competition.

At club level, Flores continues to wait for his debut with Arsenal's senior team, but earned praise from manager Mikel Arteta in April when the Gunners coach said he was "developing really, really well."

The midfielder watched from the bench during a 3-0 loss to Crystal Palace in the Premier League at the start of April.