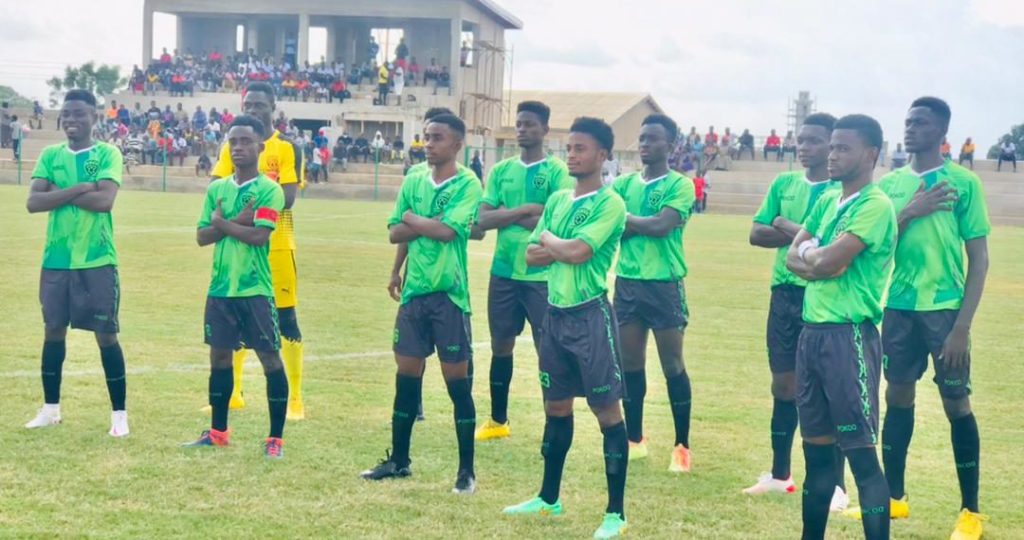 High-flying Asekem FC on Thursday 19th August, 2021 made history when they walloped Cedar Village FC to secure a ticket to play in the 2021 Division Two Middle league.

The Nsuta- Beposo-based club were absoluetly pitiless against Cedar Village as they destroyed them completely with a comprehensive 9-0 win at the Beposo Mini- Stadium to be counted among clubs who will be fighting a slot to play in the National Division One league next season.

With five points separating the Beposo Warriors and second-placed side Soccer 4 Souls FC after matchday 11, the club have already qualified to compete in the Ashanti Region Middle league for the first time.

Asekem FC have simply been unplayable in the Ashanti Region Division Two league- Zone 7, having scored an incredible 27 goals and conceded only 4 goals in eleven matches.

They have won 7 times, drawn three games with just a single defeat, justifying their almost supremacy in the league.