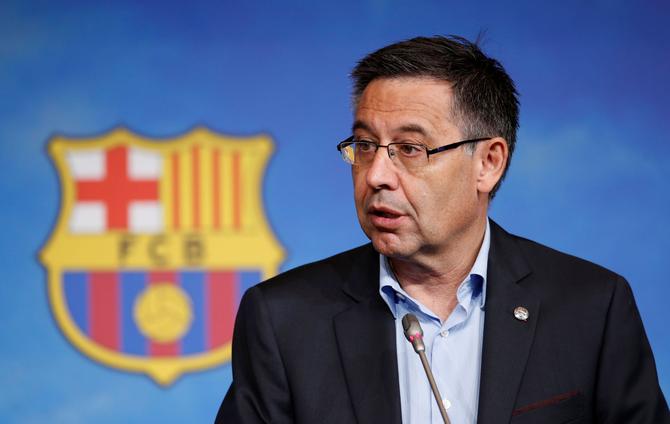 The investigation into the management of the club under Bartomeu is the result of a complaint filed on Wednesday by the current Barca board and its president Joan Laporta.

The prosecutor's office in Barcelona began work on Friday and are looking into possible "economic crimes", a source from the ministry of justice told AFP. They will decide if the matter should be passed on to the police.

Barcelona's current board filed their complaint on the basis of findings in the club's 'forensic report'.

The aim of the report was to analyse the financial management of the club under Bartomeu and to decide if any irregularities occured.

A Barcelona statement said on Wednesday the results will be announced by Laporta on Tuesday, along with "the actions already initiated by the club consisting of filing a complaint with the Barcelona Prosecutor's Office as a result of the forensic report."

In an internal audit presented in October, the club's general director, Ferran Reverter, said Barca were "bankrupt" when Laporta took over in March last year.

Bartomeu resigned in October 2020 following mounting pressure from fans and a public falling out with star player Lionel Messi, who left for Paris Saint-Germain last summer when Barca could not afford to renew his contract.

Under Bartomeu, huge amounts were spent on buying players like Philippe Coutinho and Ousmane Dembele, who have failed to deliver, while the team declined dramatically, culminating in an 8-2 humiliation at the hands of Bayern Munich in August 2020.

Barca are still recovering on and off the pitch. Xavi Hernandez's team sit fifth in La Liga this season and face a fight to qualify for next season's Champions League.