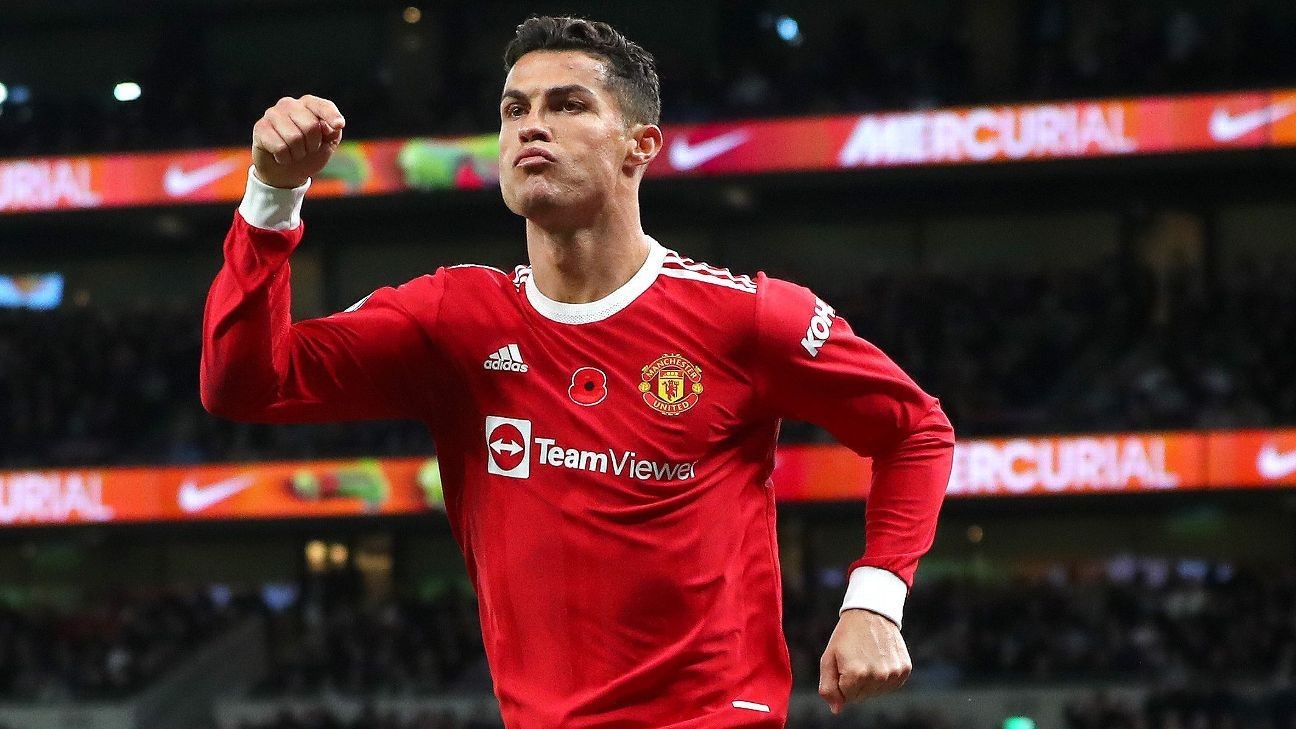 Ronaldo's role at Old Trafford has been under scrutiny following the appointment of interim manager Ralf Rangnick, who has a reputation for coaching an intense, pressing style.

Ronaldo statistics this season and last season at Juventus suggest he does not close down defenders very often, but Carrick insists the 36-year-old will be able to adapt to Rangnick's demands.

"Maybe it is a myth," Carrick told a news conference on Wednesday. "Maybe that is how it is. He's played in enough teams over the years being successful to play in a variety of ways and kept scoring goals for every team. I'm sure he will continue to score goals, there is no doubt about that."

Rangnick has not yet been able to work with the players because of ongoing issues obtaining a work visa and Carrick will remain in charge for Arsenal's visit to Old Trafford on Thursday.

It means the squad could be set for a crash course in Rangnick's methods once he takes over during a hectic schedule of eight games in 30 days before the end of 2021.

"Players adapt, there's different skills and styles you have to have," added Carrick. "We have played different styles since we came here. Ralf has a terrific pedigree over a long period of time and had good success with that so I am sure that the players are looking forward to the days and weeks ahead."

Carrick is set to stay on at Old Trafford until at least the end of the season. He has seen former England teammates Frank Lampard and Steven Gerrard have a crack at management, but the 40-year-old says he's in no rush to take a top job.

"It [the caretaker role] certainly hasn't put me off, no," he said. "But at the same point I'm not suddenly desperate to become a manager. I'm realistic and the experience has definitely helped me from the lows and the sadness of Ole [Gunnar Solskjaer] leaving, to having to adapt and getting through the games.

"It has been a challenge but one I've enjoyed. You're never certain of what roles you might be good at or not good at. That is life experience. You have to go through it to learn from it. I've certainly learnt throughout this week. "