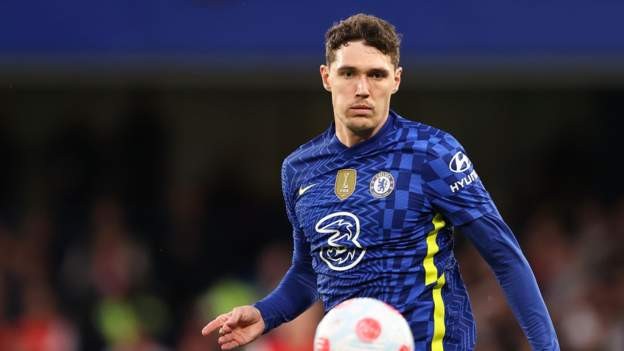 Andreas Christensen has made 161 appearances for Chelsea

Chelsea defender Andreas Christensen declared himself not ready to play on the morning of Saturday's FA Cup final defeat by Liverpool.

Christensen was a surprise omission from Thomas Tuchel's squad, forcing the manager into a rethink before the penalty shootout loss at Wembley.

BBC Sport understands the Denmark international, 26, was due to play.

He is expected to leave Chelsea this summer, having agreed a deal with Barcelona.

Christensen has made 32 appearances in all competitions for the Blues this season, scoring twice.

He joined Chelsea from Danish side Brondby as a 16-year-old in 2012.

Chelsea are currently unable to offer new deals to players because of sanctions placed on owner Roman Abramovich following Russia's invasion of Ukraine.

A group led by LA Dodgers co-owner Todd Boehly has now agreed a deal worth £4.25bn to buy the club.

Christensen's team-mate Antonio Rudiger is also set to leave for Spain this summer, having agreed a deal with Real Madrid.