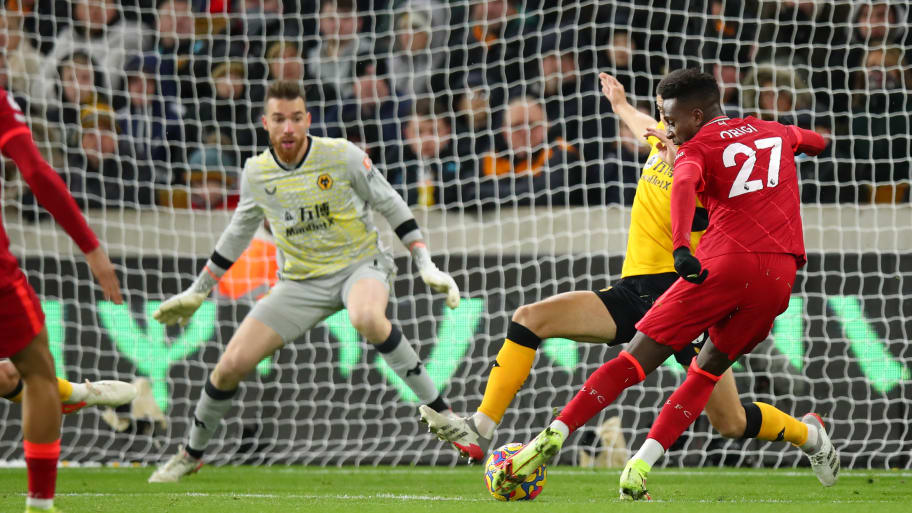 It's hard to become a bonafide legend at a club like Liverpool.

The Reds have won so many trophies in their storied history that you have to do something extra special to ensure you're one of the guys that are remembered for decades to come.

Bill Shankly moulded the club into what we think of it today. Bob Paisley did amazinly well to build on those foundations. Steven Gerrard pretty much dedicated his playing career to propping up a below-par team, winning their fifth Champions League in the process.

Divock Origi won't quite be remembered on that same level, but he's definitely in the upper echelons of the pantheon of Liverpool heroes.

His contributions towards their sixth European Cup - grabbing a brace in the Barcelona comeback and putting the final to bed - would have been enough to ensure his place in Reds folklore, but it seems he's not done writing his Anfield story just yet.

The Belgium international came off the bench and scored a delightful 95th-minute winner in a 1-0 victory at Wolves, sending Liverpool back to the top of the Premier League ahead of Manchester City's evening kick off.

It wasn't messy or a scramble, either. if anything, there were real shades of Gerd Muller scoring in the 1974 World Cup final about it.

It could prove to be a huge goal in the title race as Liverpool go in search of a first Premier League trophy with fans able to celebrate in person with them - no doubt their carrot-on-a-stick this season, they already know how good they are.

The Reds' 2019/20 title was built on steeliness and a never-say-die attitude, continually finding ways to grind out wins and hanging on late in games to secure three points. Jurgen Klopp's men have looked back to their ruthless best this season, largely thanks to Mohamed Salah's emergence as one of the two or three best players in the world.

But the German tactician can at least still rely on Origi to step up when all else is failing. Sadio Mane was largely anonymous at Molineux and Diogo Jota decided to strike the ball straight into Conor Coady's groin instead of the back of the net when facing an open goal, so the Belgian's 95th-minute shot fitted perfectly into the puzzle of this Liverpool season.

Amid all of the world-beaters that Klopp has at his disposal, the one that the Anfield faithful might remember most fondly could be the striker that plays around 15 games a season largely from the bench. Football can be weird like that.

This article was originally published on 90min as Divock Origi adds another chapter to storied Liverpool legacy in Wolves win.