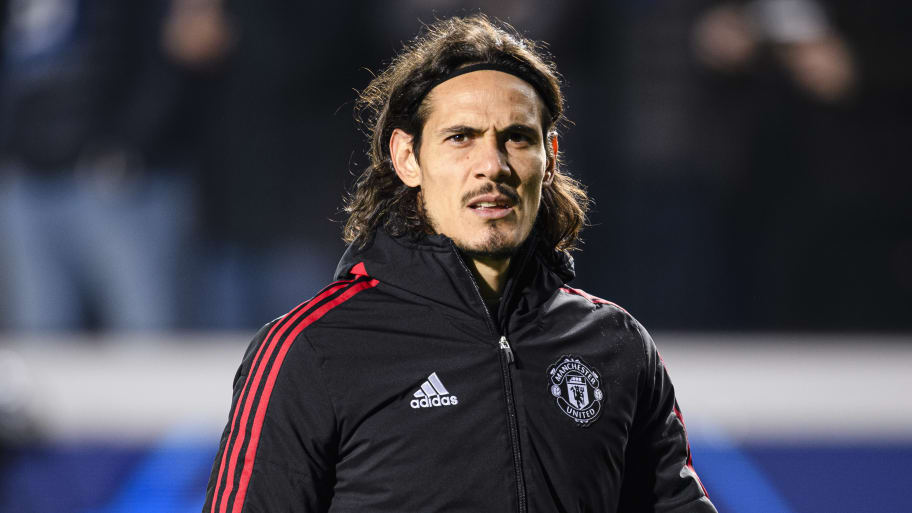 Manchester United striker Edinson Cavani has revealed that he spent the recent international break back home in Uruguay working on his fitness after struggling with a tendon injury this season.

Cavani has missed United’s last three games in all competitions as a result of the problem. He was named in Uruguay’s squad earlier this month and did travel to South America, but he withdrew from the squad and instead focused on trying to build his fitness instead.

The veteran forward, who scored 17 goals in all competitions last season and became a cult hero among United fans, remains a doubt for the squad to face Chelsea on Sunday. But he is hoping that putting in the extra work will help him return as quickly as possible.

"During this period of the international break, I've had the chance to stop and focus on this niggling injury that I'm feeling in the tendon in my leg," Cavani told United’s in-house media. “So I can speed up my recovery and come back quickly and be available for my club and national team.

“So, during this time, I was able to spend a few days in Uruguay, do some fitness and recovery work and stuff and, in turn, I managed to see my family at the same time, which is always important, to see your family and be close to them.”

Cavani agreed to extend his contract by another 12 months at the end of last season, having been denied the chance to play in front of United fans for most of his debut campaign.

Injury and increased competition for places following the arrival of Cristiano Ronaldo has ensured he has only had the chance to start at Old Trafford once so far this season.

This article was originally published on 90min as Edinson Cavani gives Man Utd fans latest update on his fitness.