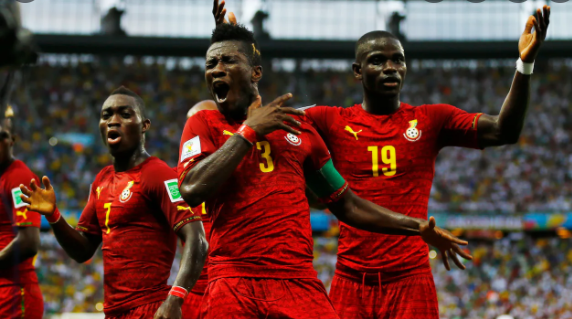 Former Black Stars captain Asamoah Gyan has finally confirmed the chaos that ensued at the FIFA World Cup in Brazil 2014.

The 36-year-old made the revelation in his book, LeGyandary, explaining what started as a silent protest ended with the exchange of blows.

Gyan and his teammates were waiting for government to honour their appearance fees promise, which had been delayed despite the tournament commencing in Brazil.

After the first and second games against the USA and Germany, the team felt that the government is not meeting it's part of the deal, hence the reason for the protest.

"This was not how the silent protest was supposed to end," Gyan revealed.

Even though he confirmed the chaos in camp, he was quick to add he was not around when the fight erupted but later got the information from Sulley Muntari.

"I went to Sulley Muntari's room to find out what happened. He told me he was trying to explain something to the management member and it turned out into a heated argument," he started.

"The heated argument led to the management member throwing a blow at Muntari, and he retaliated by fighting back. He showed me the bruise along with the dab of blood, that he sustained from the incident."

Muntari and Kevin-Prince Boateng were dismissed from cam before Ghana's game against Portugal.