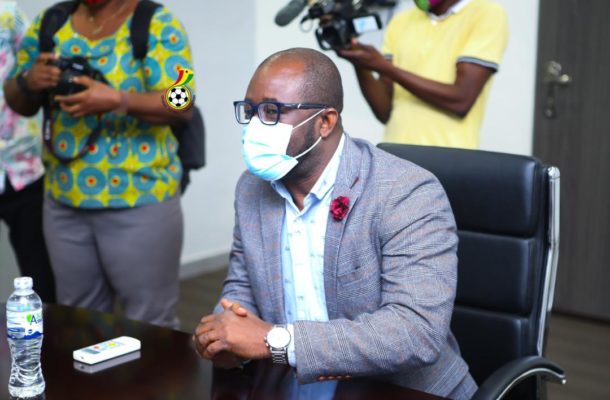 Ghana FA president Kurt Okraku has called on all clubs in the country to educate their fans on the need to stop hooliganism and violence which has been on the rise in recent weeks.

Ghana football has been marred by incidents of violence especially in the Division One League where referees were assaulted in a game between Wanamafo Mighty Royals and Bofoakwa Tano at the Wanamafo Park.

The incident went viral with reactions from CAF and FIFA condemning the assault on the referees.

The Ghana FA president and his entourage are on a tour in the Bono and Ahafo regions to meet club owners and administrators over the recent happenings in the region on hooliganism and violence.

Kurt Okraku told the clubs to have Ghana football at heart and educate the fans to stop the hooliganism and the crowd violence.

“In our era beating of referees or hooliganism is not acceptable. We can only preach the gospel if we act accordingly so that those following us will also do the same”, Kurt Okraku said when he met officials of Berekum Chelsea.

“If there is a problem the solution is not to intimidate referees, attack players or the visiting teams. Football brings all of us together. We do football to entertain ourselves and also the community we operate in. Once we remember this we will not attack referees, match officials and security officials who have been deployed to protect us”.

“I entreat all the clubs to take up the mantle in educating the fans to respect the game”, he added.