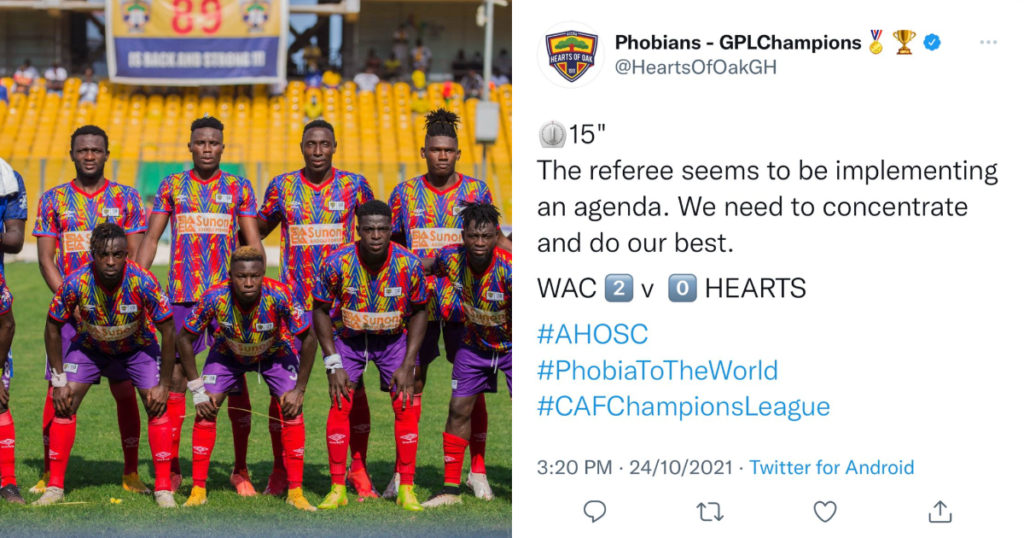 Ghanaian giants, Hearts of Oak are peeved by the performance Eric Castane in their CAF Champions League game against Wydad Athletic Club in Morocco.

The Phobians, who are down by 4 goals to nothing in the first half raised the alarm after conceding the second goal, claiming the Gabonese referee is on an agenda.

The Ghanaian champions have been poor in the first stanza of the game conceding from set pieces after some poor defending.

The Moroccans were rampant in the first 20 minutes, scoring three quick goals before captain Yahya Jibrin added a fourth from the spot.

It could have been worse, had it not been for the spectacular saves from goalkeeper Richard Attah.

The Phobians can only progress to the next stage of the competition if they score three times in the second half without conceding another.

Meanwhile, if they fail to make it into the group stages of the CAF Champions League, they will drop to the CAF Confederation Cup.