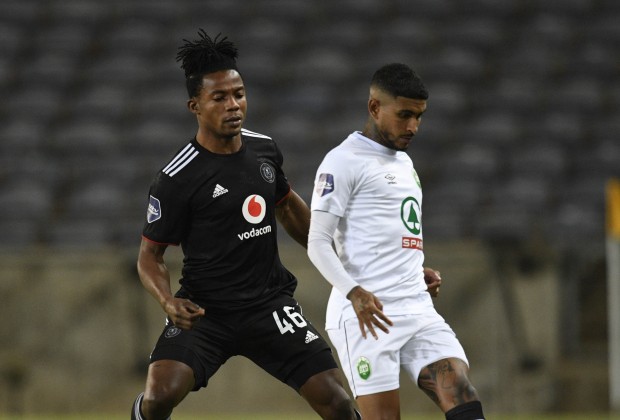 Orlando Pirates striker Kwame Peprah claims he is recapturing his verve after banging in another brace in the DStv Premiership.

The 21-year-old found the back of the net twice on Thursday evening as the Buccaneers clawed from a goal down to beat Amazulu 2-1 at the  Orlando Stadium.

It was his second consecutive double for the club in the league.

There were doubts about his prolificacy of the 14-goal striker in last season's Ghana Premier League after going 13 matches without a goal in South Africa.

But after putting on another show and bagging the points for caretaker co-coaches Mandla Ncikazi and Fadlu Davids's side, a delighted Peprah said in his post-match speech: ''Yes, I'm sure. Little by little I'm getting there because it's now easy when you have the encouragement and the support from your teammates or your playing body you can do what you want to do.

''So, I also give thanks today to the whole body, the playing body for giving me this opportunity.''

Peprah also praised the coaching staff for influence for the comeback win at Orlando Stadium.

''We thank the almighty God for giving us this victory. I would say this win was by the motivation and the thoughts of our leaders especially the coaches and the skippers who told us to never give up,'' the former King Faisal player added.

''We worked together and we have this victory so we gave the almighty God all the thanks.''