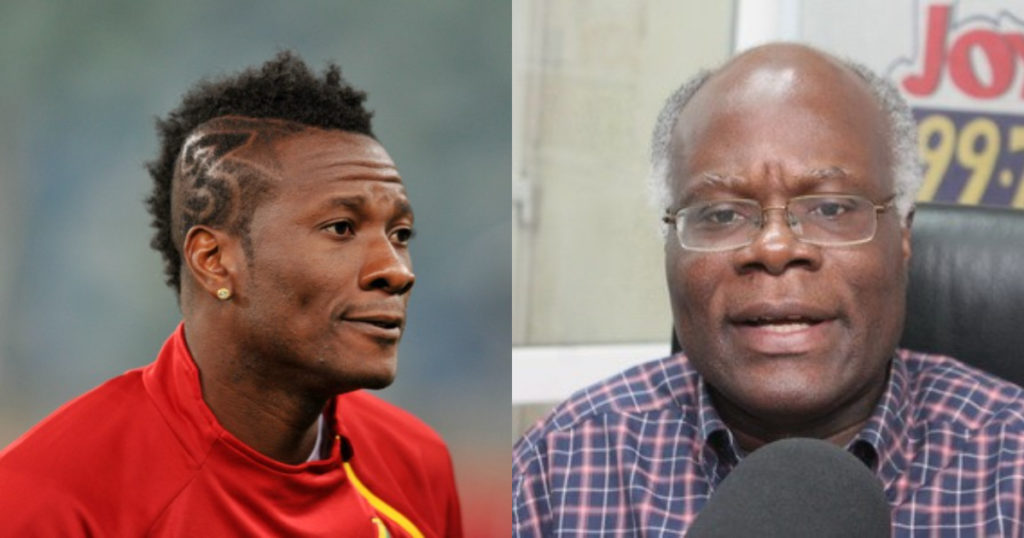 Member of Parliament for Adansi Asokwa, Kobina Tahir Hammond, has revealed he has not liked Asamoah Gyan since 2008.

According to the lawmaker, the ex-Ghana captain reported him to then President John Kufuor to punish him for making comments about his performance.

Although he was not there, but the report of his discussion with the president got to him and has since not liked the striker.

“In 2007/2008 AFCON, Asamoah Gyan reported me to President Kufour that I’ve made a statement to the effect that they were messing with our hearts so Mr Kufuor, should do whatever was in his power to punish me or something,” he recounted on the floor of Parliament.

“I wasn’t there, but you know even walls have ears. So those who were there came and told me, ‘Asamoah Gyan has reported you to the President,” he said. "Somehow, however, the President did not take any actions against him.

“I have never been happy with Asamoah Gyan until today, and come to think about it; look at what he did to us, the penalty.

“[Obviously] the President had got so many national matters on his mind. I’m sure this one escaped him. So I waited for his call, but the call never came. So I’ve never been happy with him up to today and come to us with the penalty."