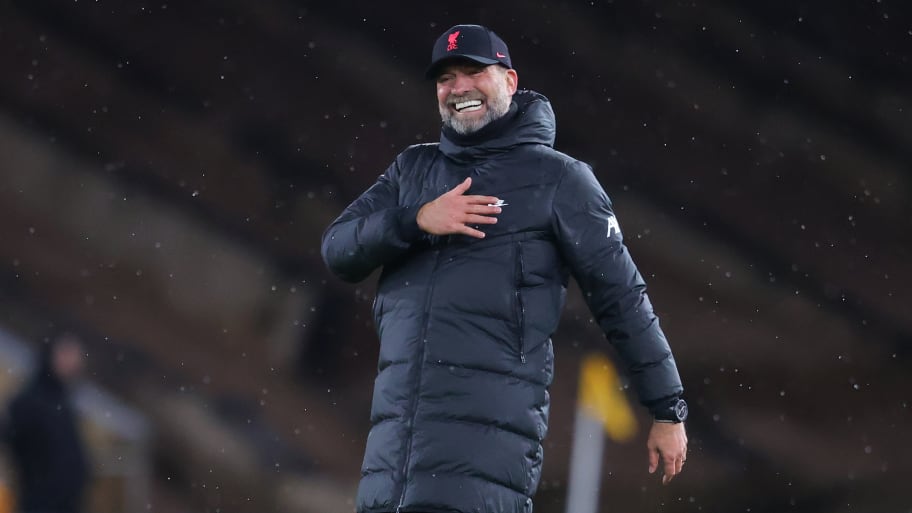 Liverpool manager Jurgen Klopp has labelled Divock Origi a Reds ‘legend’ after his stoppage time winner against Wolves in the Premier League on Saturday.

Klopp's men were dominant at Molineux and knew they had a huge chance to take advantage of Chelsea’s defeat earlier in the day. But the game looked like it was slipping away from them until Origi popped up to win it in the 94th minute.

It was also far from the first time that the Belgian forward has scored an important goal, with a 2019 brace in the Champions League against Barcelona his crowning achievement – he also scored the killer second goal in that year’s final against Tottenham.

“It was clear: when you don’t score you just have to keep going and that’s what we did. And then Divock Origi, the legend, came and finished it off for us. I love it,” Klopp said, via LiverpoolFC.com.

“He is an incredible finisher – if we don’t know it at Liverpool, who should know it then? We saw that so often,” the boss added, before praising Origi’s ability to make sudden impacts.

“He is great in these moments, he doesn’t need a lot of run-up or time to find into a game, and especially not in this game today. It was his game, he could be Divock Origi, 100%,” Klopp said.

“These kinds of goals we see plenty of times in training and everywhere. Winning in the 95th minute is great, but when Div scores the goal it makes it even better, to be honest.”

Origi’s fringe status – just two Premier League starts in all of last season – could have paved the way for a summer departure. Klopp admitted he wouldn’t have been surprised had it happened.

“If I would be in another club, I would go for him and I thought that would happen, that’s true, because he didn’t have massive game time,” he explained.

“But, again, I cannot believe that people think if you don’t play for Liverpool, you cannot be good. This team is outstanding and if you are our No.12, 13 or 14 you have to be outstanding – and Div is. I am very happy that he is still here. I didn’t expect it to happen, but I wouldn’t have been surprised.”