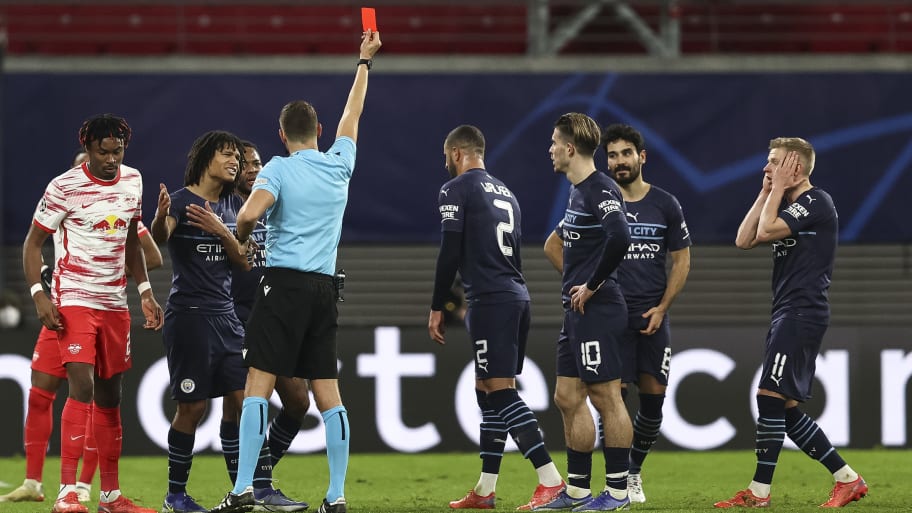 Kyle Walker will miss both legs of Manchester City's Champions League last 16 tie with Sporting CP and a further European fixture after receiving a three-match ban for 'assault'.

The England international was sent off late in City's 2-1 loss to RB Leipzig on matchday six in the group stages in December, after kicking out at Andre Silva.

And UEFA have now decided that the necessary punishment for Walker is a three-match ban, ruling him out of City's round of 16 encounter with Portuguese champions Sporting. When announcing the infringement, European football's governing body described his offence as 'assault'.

Walker recently discussed his foolish dismissal in what was a dead-rubber game for City, commenting: "My red card against Leipzig was very bad judgement and a stupid error that a 31-year-old shouldn't be making with the amount of games that I've played.

"I'm human, I make mistakes and I'm learning from that and will bounce back. Hopefully my performances between now and the end of the season can justify that and I'm picking up some silverware."

Joao Cancelo and Oleksandr Zinchenko - who have both primarily played at left-back this season - are now the only senior full-back options in Pep Guardiola's squad to face Sporting.

Centre-back Nathan Ake also has experience at playing as a left-back if necessary.