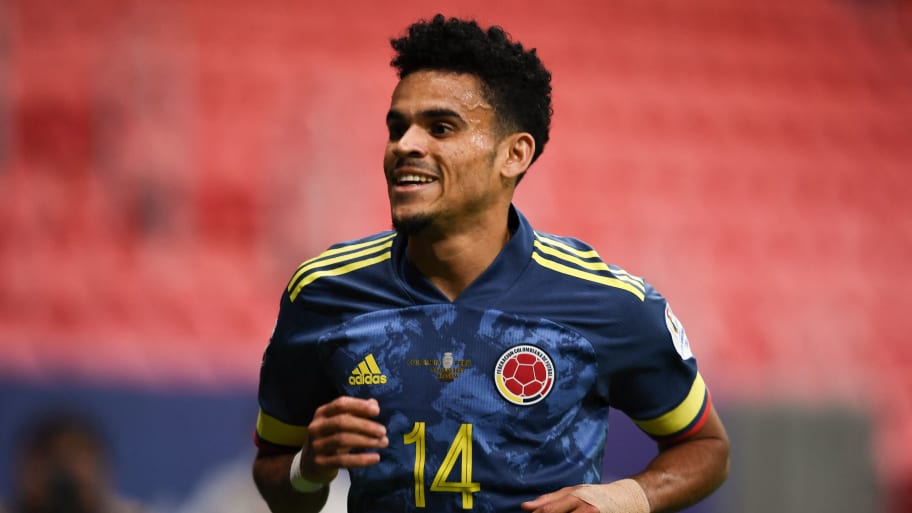 Liverpool’s expected £50m capture of Porto winger Luis Diaz will make him the biggest deal of the January transfer window, both in the Premier League and across Europe.

In due course, 25-year-old Diaz would be expected to replace Sadio Mane in Liverpool’s in a similar way that Diogo Jota has taken over from Roberto Firmino.

Fans looking to celebrate the club’s next new arrival are already getting excited about which shirt number he might be assigned, with several options available even if his preferred jerseys are taken.

Diaz currently wears number seven for Porto. It is a shirt at Liverpool that is steeped in history, made famous by the likes of Kevin Keegan and Kenny Dalglish in the 1970s and 1980s respectively and more latterly Steve McManaman and Luis Suarez in the Premier League era.

Liverpool’s seven currently belongs to James Milner, which means Diaz cannot have it just yet. However, with Milner 36 and out of contract at the end of the season, it is conceivable that it could eventually become available in the next few months should the veteran not renew his deal.

Diaz also has a past association with number 10, having worn it for former club Atletico Junior back home in Colombia before he made the 2019 switch to Portugal. That too is occupied at Liverpool, by Mane, the player he could eventually come to replace in the club’s strongest XI.

At international level for Colombia, his number is 14, which is Jordan Henderson’s shirt.

16 was vacated by Marko Grujic in summer when he joined Porto on a permanent transfer, while 19 was last worn by Ozan Kabak and, before that, Mane.

The number 23 could be an interesting choice. It has been available since Xherdan Shaqiri to Lyon last year and is actually a shirt that Diaz has a prior connection, having worn it in his first few years at Atletico Junior.

This article was originally published on 90min as Liverpool shirt numbers available to Luis Diaz.