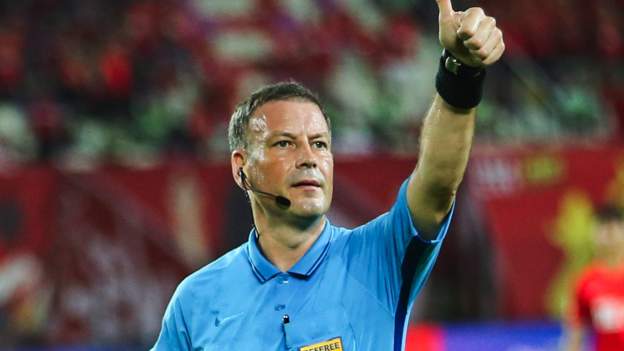 The decision was made at a meeting of the Egyptian Football Association (EFA) on Wednesday.

The EFA's move comes as local referees have been criticised by a lot of clubs in the Egyptian Premier League over their officiating this season.

In recent years teams have threatened to withdraw from the league in protest over what they perceive as poor decisions which have cost them vital points.

Clattenburg officiated more than 570 domestic, European and international matches between 2000 and 2017, with two of his career highlights coming in 2016 when he took charge of both the Champions League final in Milan and the European Championship final between Portugal and France.

The 47-year-old left the English top flight in February 2017 to take over as the head of refereeing in Saudi Arabia, replacing compatriot Howard Webb.

Clattenburg has also had a stint working in China.