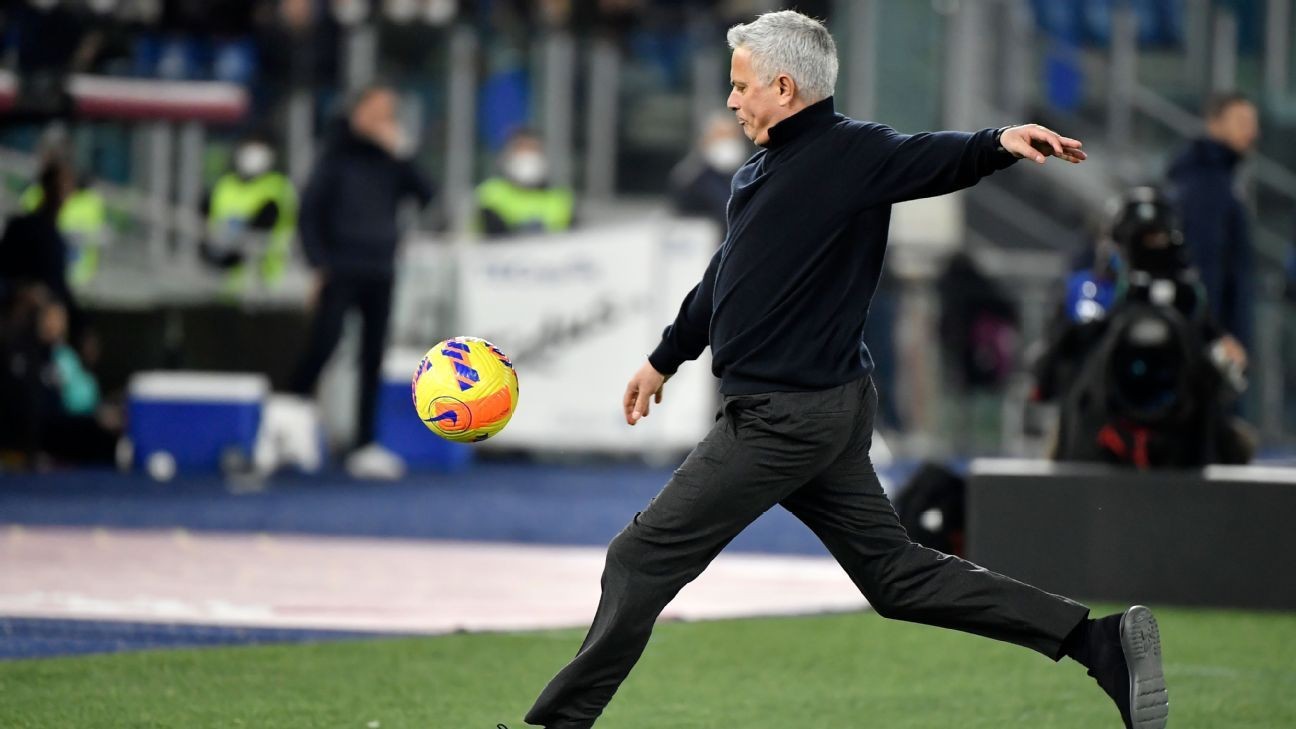 Jose Mourinho said he does not think he is "The Special One" anymore, but the AS Roma coach is targeting the unique achievement of becoming the first coach to win every European trophy when they play Feyenoord in the Europa Conference League final.

Mourinho, who has won the Champions League, Europa League and the UEFA Cup, now has the chance to win the inaugural third-tier European title and Roma's first trophy in 14 years in Wednesday's final against the Dutch side in Tirana.

The Portuguese coach famously dubbed himself "a special one" when he first took charge of Chelsea in 2004, a moniker he now seems keen to leave in the past.

"If I win, I will become the first one to win all European trophies, but that's only if I win," Mourinho told reporters on Tuesday. "The 'Special One' story is an old story. It was when I was at the beginning [of my career]. When you have more maturity and stability, you think more about the people and less about yourself.

"It's an old story. I don't believe in magic. When you arrive at a final after a season of work, the work is done. It's the team's moment, not the moment of an individual."

Mourinho, who took charge of Roma this season, led the club to a sixth-placed finish in Serie A to qualify for the Europa League next season. The club is seeking its first trophy since they lifted the Coppa Italia in 2008.

"For me, no matter how the final ends, this is a positive season for us."

Mourinho said Armenia midfielder Henrikh Mkhitaryan, who has not played since April due to a hamstring injury, has returned to training ahead of the final.

"It was important for him and I trust how he feels about his physical shape. He said he is ready to play," Mourinho said.