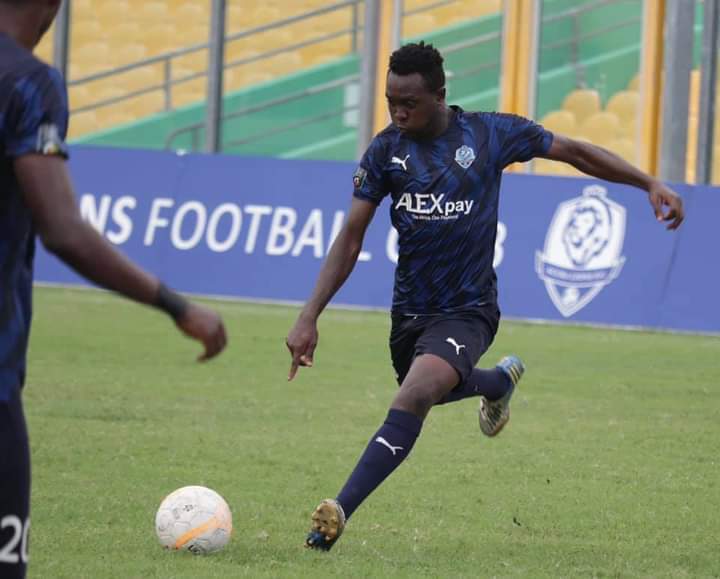 Accra Lions forward Rauf Salifu remains unstoppable in Ghana's Division One after netting his twentieth goal of the season in the victory over Akosombo Krystal Palace on Tuesday.

The 19-year-old has been in phenomenal form and is by far the best player in the league, with an average scoring rate of 1.15 per game.

His winner against Krystal Palace on Tuesday keeps Lions on top with promotion in sight.

Salifu's impressive run has seen him hog the headlines week in week out, but his back to back hat-tricks in games against Agbozume Weavers and Phar Rangers saw him tear apart his rivals in the Golden Boot race.

Having been on a scoring spree, the striker was forced off with an injury in the game against Vision in Accra as he missed the two games that followed.

However, he netted on his return from injury as Lions beat Young Wise in Accra to prep them for the top of table clash in Tema against Tema Youth.

Knowing how important the win in Tema will be for his side as the season gradually gravitate towards the end, Salifu netted the second which sealed victory for his side.

He scored again, this time his 19th as Accra Lion beat Tudu Mighty Jets at home before he had a goal disallowed in Kpando as they lost 2-0 to Heart of Lions.

In Accra, on Tuesday, he netted his twentieth goal of the campaign in a hard fought win against Krystal Palace.

His twenty goals means he still has the chance to break Samson Eduku's record of 29 goals. Eduku set that record whiles playing for Karela United in the Division One in 2017.