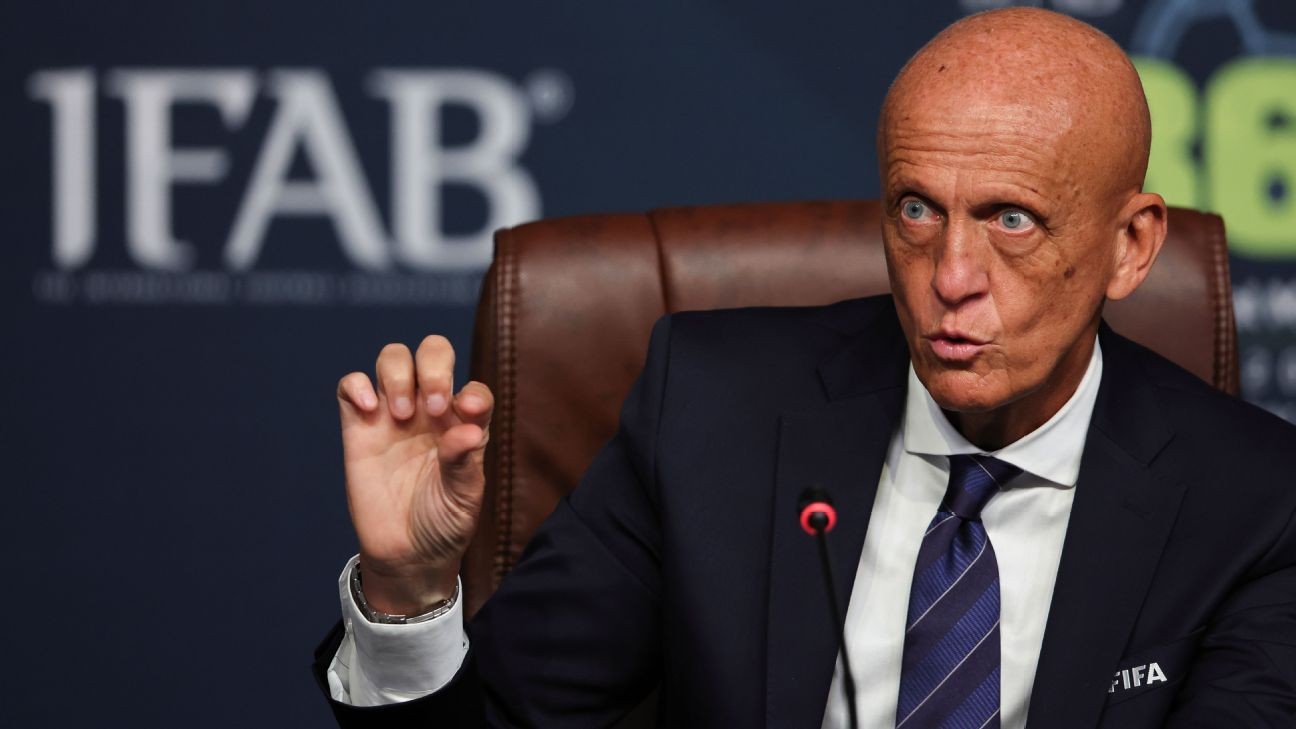 FIFA has approved the use of its new Semi-Automated Offside Technology (SAOT) for VAR at the 2022 World Cup in Qatar.

The Artificial Intelligence (AI)-based system will replace the VARs manually linking lines across the pitch to players and selecting when the ball has been kicked. It is intended to make decisions quicker and more accurate while also providing improved visualisation for fans.

- Will semi-automated offside be the big fix many hoped for?
- World Cup finals bracket and fixtures schedule

A sensor will be placed in the centre of the Adidas "Al Rihla" World Cup balls, recording data 500 times a second to detect when the ball has been kicked. All players will be mapped to create an AI model of their position -- a similar method to goal-line technology.

The time needed to make a VAR offside decision should be reduced from an average of 70 seconds to 25, while fans inside the stadiums and viewers watching on television will be provided with a 3D animation to clearly show the offside.

FIFA has been trialling SAOT in its competitions for the last three years, culminating in live tests at the Club World Cup in Qatar in February which were shown to be successful. Alameri Zayed of Al-Jazira was the first player to have a goal disallowed using SAOT.

"When video match officials work on a very complex offside incident, for them time flies. For coaches, for players, spectators, it's completely different," said Pierluigi Collina, chairman of FIFA's referees' committee. "Today, the tools to draw offside lines, like triangulation, need time to find the exact kick point and also the position of the players. On average some 70 seconds are needed for an offside check.

"Although these tools are quite accurate, the accuracy may be improved. FIFA has worked to develop the Semi-Automated Offside Technology, that gives the match official the possibility to make faster and more accurate offside decisions.

"In addition, we know it's very difficult to understand if a player was in an offside or onside position, because the two lines are close to each other. The Semi-Automated Offside Technology can be used to create a new visualisation of close offside incidents with a 3D animation automatically generated, using the same data.

"All the tests we have conducted worked very well, and therefore FIFA has decided to implement the use of the use of the Semi-Automated Offside Technology at the FIFA World Cup Qatar 2022."

Offside decisions should only take longer than the average of 25 seconds if they involve multiple offside elements, or if there is a more complicated subjective aspect such as the attacking player interfering with play.