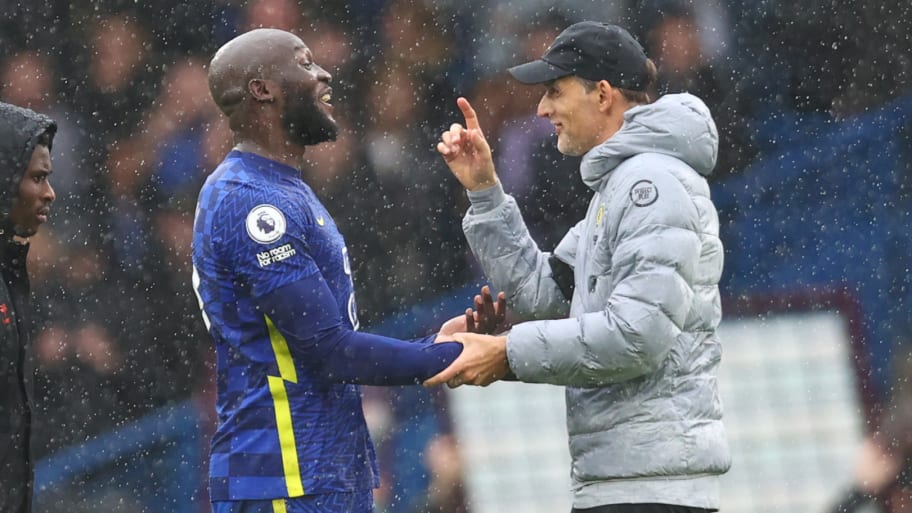 Chelsea head coach Thomas Tuchel has jumped to the defence of striker Romelu Lukaku, who is set to make his long-awaited return from an ankle injury against former club Manchester United on Sunday.

Lukaku - a club-record £97.5m signing from Inter in the summer - was initially in fine form upon his return to Chelsea, scoring four goals in four games. However, that was followed by a seven-match barren spell and a five-week injury layoff after the Belgian was hurt in the Champions League.

Although the Blues were expected to struggle in his absence, they have gone from strength to strength, with goalscoring contributions from across the pitch.

Wing-back Reece James has even emerged as their top marksman with five in all competitions, and Chelsea have routed the likes of Norwich, Newcastle, Leicester and Juventus without their new star frontman.

However, Tuchel has dismissed suggestions his side might be better off without Lukaku.

“Yes, I understand why people say this as people always look for easy solutions," the German said in his press conference ahead of facing United in the Premier League on Sunday.

"Mabe we shine so brightly now because Romelu did the hard work before, he scored some very decisive goals for us already, to bring us in a position where the young players and other players can take over, step in and show their qualities.

"We started strong and we started the season with Romelu. The things he brings when he is in the dressing room, in the building, even when he is injured, he is every day here, positive, determined, he pushes everybody. He is a top professional and a top top striker. He will be super and he is actually in the moment very important."

Tuchel did admit he was pleased to see his side handle without the Belgian, adding: "I am happy that we can survive a long period without him, without (Mateo) Kovacic, without (Timo) Werner, without (Christian) Pulisic. It shows we function as a team absolutely and we rely on top qualities like every team but they bring so much more than only their presence on the field.

"We miss all our players when they are injured and we will Romelu a lot and we are capable of finding solutions and the team is doing so well as Romelu is pushing, he is here and he is part of the team. There are different views on the subject and the whole conversation is more complex than it seems to be. The competition is on, which is a good thing."

Tuchel also revealed that while Lukaku is champing at the bit to face Man Utd, he is unlikely to start on Sunday, although Kai Havertz is fully fit an available after a hamstring issue.

"Romelu is in training. If you ask the player he will say he can start for sure," he continued.

"We only have three changes so the possibility he starts is not very high because we can't be sure what happens in matches and we have to find the balance between giving minutes and being absolutely competitive for 90 minutes with the guys that start."

Asked about whether Havertz was now injury free, Tuchel added: "Yes, he is fit."