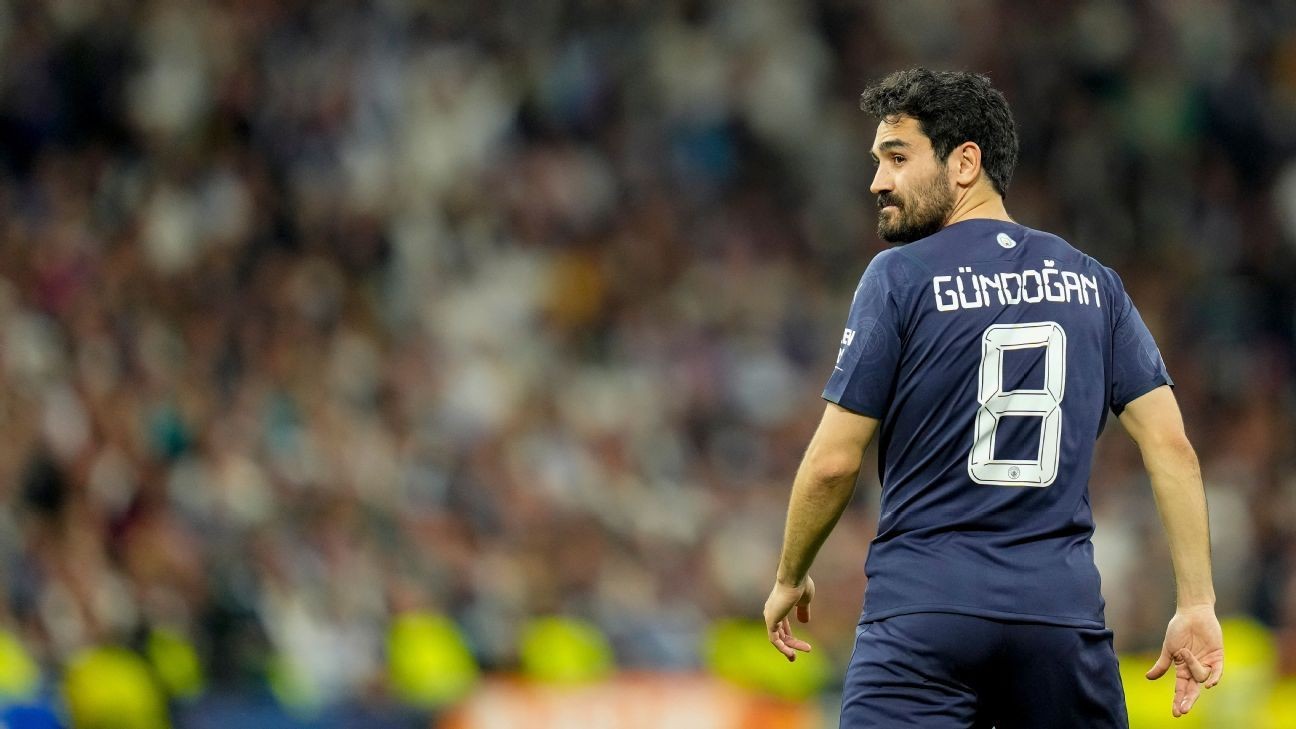 Manchester City look set to part ways with Ilkay Gundogan in the summer, with the midfielder informed that he can leave the Etihad Stadium when the transfer window reopens, according to the Daily Mail.

The 31-year-old will enter the final year of his contract in June, and despite previous reports suggesting that City would look to reward his form with a new deal, it now looks as though they are ready to move on from the Germany international.

While he has made 20 Premier League appearances this season, it is understood that he is at the point of his career where he wants to be assured of a place in the starting lineup each week, and Pep Guardiola would be unable to promise the desired playing time over the course of a long-term contract.

That has seen a shift in any hopes of a new deal become unlikely, leaving Gundogan, who joined Manchester City in 2016, now considering potential suitors away from the club.

Ilkay Gundogan has reportedly been told that he is surplus to requirements at Manchester City. Alex Gottschalk/vi/DeFodi ImagesPAPER GOSSIP

- Kylian Mbappe's future is becoming clearer, with the Athletic reporting that the Paris Saint-Germain striker has agreed personal terms with Real Madrid. The France international's future has been up in the air since failing to agree a new deal at the Parc des Princes, and after suggestions that he was yet to make his final decision last week, the latest now indicates that the 23-year-old has decided on the Santiago Bernabeu as his next destination.

- Aston Villa are willing to meet Boubacar Kamara's salary demands, writes Ekrem Konur. The Premier League side have been tracking the 22-year-old midfielder in recent months, with his Marseille contract set to expire in June, and it looks as though they could now make an approach to secure his services. He is reportedly looking for a salary of around £150,000-per-week.

- Xavi Hernandez has no intentions of letting Frenkie De Jong leave Camp Nou amid interest from Manchester United, according to Sky Sports Germany. The 25-year-old's future has been linked away from Barcelona in recent weeks, with reports that Erik ten Hag wanted to bring him to Old Trafford, though the Blaugrana's stance suggests that he will remain in LaLiga.

- Chelsea are ready to make a move for Robert Lewandowski if his switch from Bayern Munich to Barcelona doesn't materialise, reveals the Guardian. The 33-year-old Poland international striker looks to be eyeing a new challenge in the summer, and that has seen the Blaugrana race to the front of the queue in the contest for his signature. Should that move stall, Thomas Tuchel is expected to activate a pursuit with hopes of persuading him to head to Stamford Bridge.

- Palmeiras prospect Endrick has signed his first professional deal with the club, with a contract that includes a £60 million release clause, says Fabrizio Romano. The 15-year-old Brazil youth international has signed a three-year deal with the Brasileiro Serie A side, where his progress is being watched from a number of top clubs from across Europe.