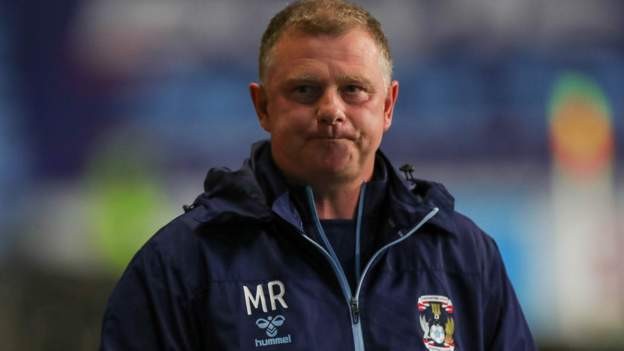 Coventry boss Mark Robins believes his players may be on the receiving end of unpunished fouls because of Matt Godden's recent ban for diving.

Sky Blues striker Godden was given a two-match suspension for a "clear act of simulation" against Fulham.

They have not won either match since then and lost 2-1 at Preston North End on Wednesday evening.

"We had to keep trying to play when we under pressure being fouled," 51-year-old Robins told BBC CWR.

"There were a lot of niggly fouls that went unpunished or unseen.

"I don't know whether it's the Matty Godden thing, where everybody decides now that we just fall over.

"But there were nailed-on free-kicks and nailed-on fouls, especially on Callum O'Hare, who gets kicked all over the place."

Despite the defeat, Coventry remain fourth in the Championship, just three points behind second-placed Fulham ahead of Saturday's home clash with Wayne Rooney's Derby County.

Robins was also concerned that his side "seemed to run out of energy" against Preston after taking the lead through Tyler Walker on the stroke of half-time.

He added: "They maintained their energy and the desire to come and press and close down and we just ended up dwelling on the ball a bit too long.

"You've got to give them credit, but then you've got to find a different way and we didn't do that."