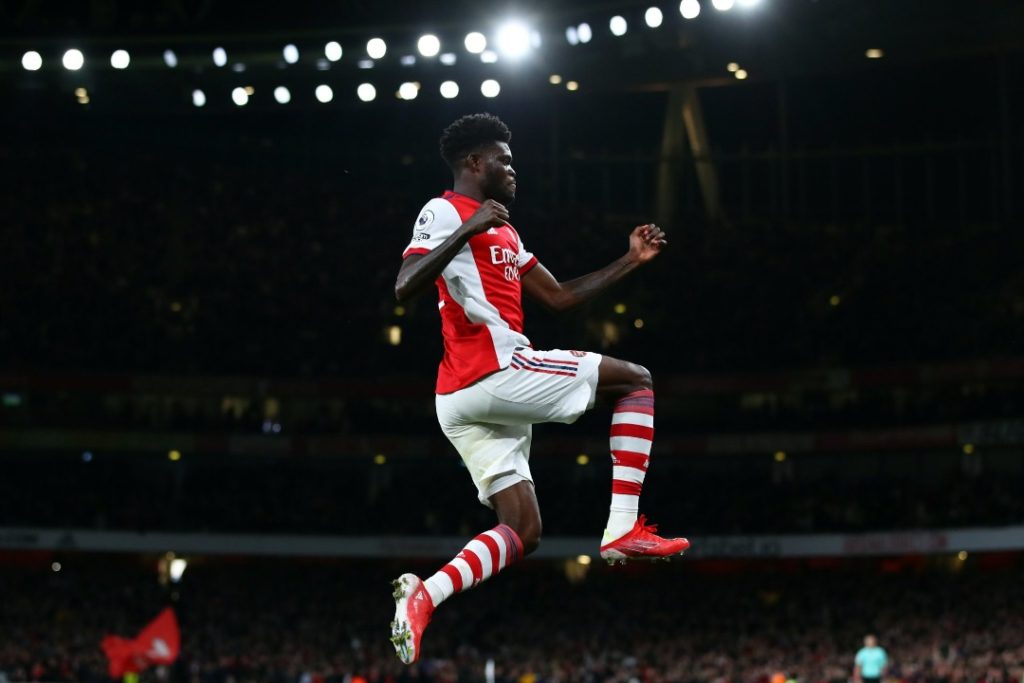 A little over a year after joining Arsenal in a 50 million euros deal, Thomas Partey has scored his first goal for the London club.

Partey rose highest to head home the opener for the Gunners in the Premier League encounter at Emirates.

Before that, he was so unlucky as his close range effort hit the crossbar.

Arsenal went on to win 3-1 with other goals from captain Pierre-Emerick Aubameyang and Emile Smith Rowe.

The goal has come in his 40th appearance for the Gunners since his debut in October last year.

He hasn’t played much for Arsenal because of owing to injury problems.

Meanwhile, it is Partey's third goal in his last four games, having scored twice for Ghana in the double victory over Zimbabwe in the World Cup qualifiers early this month.