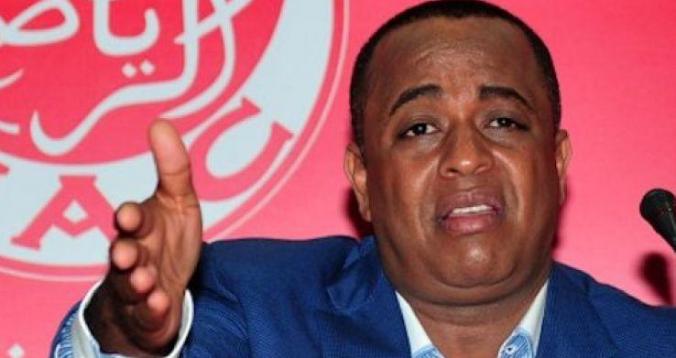 Fans of Moroccan club, Wydad Athletic Club, have lashed out at the club's management led by Saeed Al Nasir for the lack of information during the CAF Champions League clash against Hearts of Oak.

The club failed to update it followers on Social Media during their visit of Accra, leaving the fans angry and labelling them unprofessional.

Fans had visited all social media platforms of the club, including it website for information, but were disappointed by the lack of it.

The furious fans are demanding improvement in the communications department of the Moroccan champions.

Wydad lost the first leg of their game with Hearts of Oak 1-0 in Accra and will be hoping to overturn the result next on Sunday, October 24, 2021.

The winner of the two-legged game progresses to the group stages of Africa's elite club competition.

The Moroccans last won the competition in 2017 and were finalist in the 2019 edition.

Meanwhile, Hearts of Oak last won a continental title in 2004 after beating Kotoko in the finals of the CAF Confederation Cup.