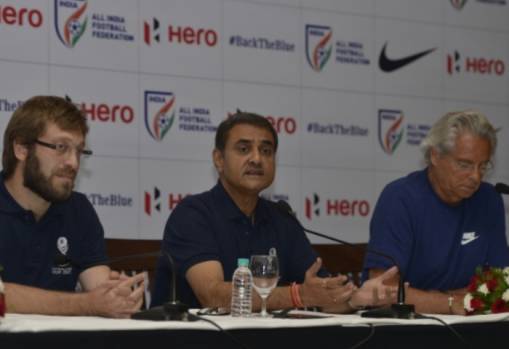 With only eight days to go for the first ever FIFA World Cup to be hosted in India, AIFF President, Praful Patel declared that 'we as a nation are 100 percent ready to host the event' which Ghana is participating in.

The Black Starlets are among the country tipped for success having won the World Cup twice in its history.

Ghana are currently in Abu Dhabi on a training tour ahead of the World Cup to be played in the Asian country of India for the first time.

Speaking at a media conference in New Delhi, Patel said, “India is ready, we have 100 percent readiness on infrastructure and the Indian national team is geared up to participate in the World Cup. The time of reckoning has come for Indian football and we are proud to announce the stage is set for the World Cup.”

Speaking on the preparations of the team Patel elaborated, “We have also committed ourselves to build a fine competitive team. It has been an ongoing process for a long time. The scouting was in professional hands and we have put at least three years of hard work to build this team. The coach had full liberty and absolutely no compromises have been made.”

Tournament Director, LOC, FIFA U-17 World Cup 2017 India Javier Ceppi was enthusiastic that “football is really taking over India” while Head Coach of the Indian U-17 World Cup Team Luis Norton de Matos was confident that “this is perhaps the strongest team India has fielded in this group”.

Matos said: “I’m sure that this is perhaps the strongest team India has fielded in this age group. The competitive experience is a big factor at this level but I’m very confident about this team and I can already feel the adrenaline flowing in me and my team. I’m very happy at the way how the team has shaped up.”

In an effort to field a strong team, the All India Football Federation (AIFF) has provided the Indian U-17 World Cup Team an exposure trip of Europe wherein the Indian Colts faced Serbia, Macedonia and Benfica SL among other Club and National Teams.

The Indian Colts then flew to Mexico to partake in a tournament featuring Mexico, Chile, and Colombia in August as part of exposure. The Indian U-17 World Cup Squad will also be playing an international friendlys against Mauritius before the final squad of 21 is announced.

“When I started in February, I spent the first few weeks to know and learn about the players. All coaches have different ideas and their process and I’m sure after the exposure trip to Europe, the players have improved a lot. They are a focused bunch who have accepted my ideas on football with ease,” added the Portuguese coach.

The issue of playing under massive expectations and pressure was also addressed by the coach.

“It is difficult of course but my pressure is to prove that Indian football players can play alongside with the teams of the highest level. In football there are no impossibilities and we will enter the field like lions to try and win the game. We are aiming for victory in every game. They know their responsibility."