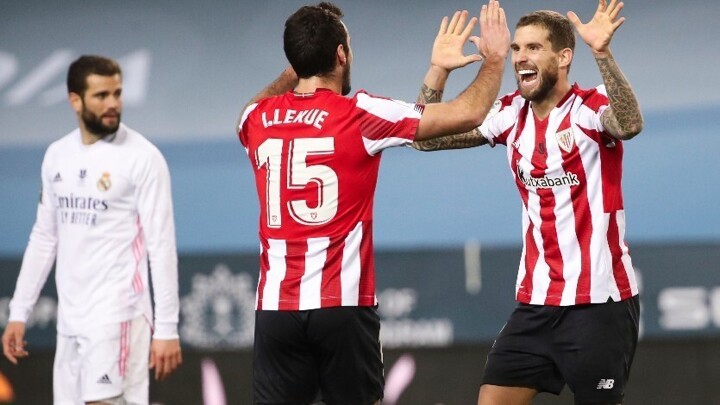 Lionel Messi didn't participate in Barcelona's game against Real Sociedad and Athletic Club defender Inigo Martinez wished that the Blaugrana captain will miss out on the Supercopa de Espana final too.

The Argentine hasn't trained with the rest of his teammates in the last few days after suffering left leg injury, one which could also sideline him for Sunday's final.

"[The final] will be another tough game with a great rival against whom we suffered on home soil in the league," Martinez said after Athletic's win over Real Madrid.

"We hope that Leo [Messi] does not make it and that way we will have more chances [to win]."

Two Raul Garcia goals led Athletic to a 2-1 victory over Los Blancos with the former Atletico Madrid forward making up for the red card he received early into the match between the two sides in LaLiga Santander back in December.

Martinez revealed that the Athletic striker asked to be him who will take the penalty that Lucas Vazquez conceded in the Supercopa de Espana semi-final.

"With work and sacrifice we have achieved what we wanted, which was to be in the final," noted Martinez.

"When a player makes a mistake he feels guilty, but that day we backed him.

"[Raul Garcia] wanted to take the penalty and we were confident that he was going to score it."