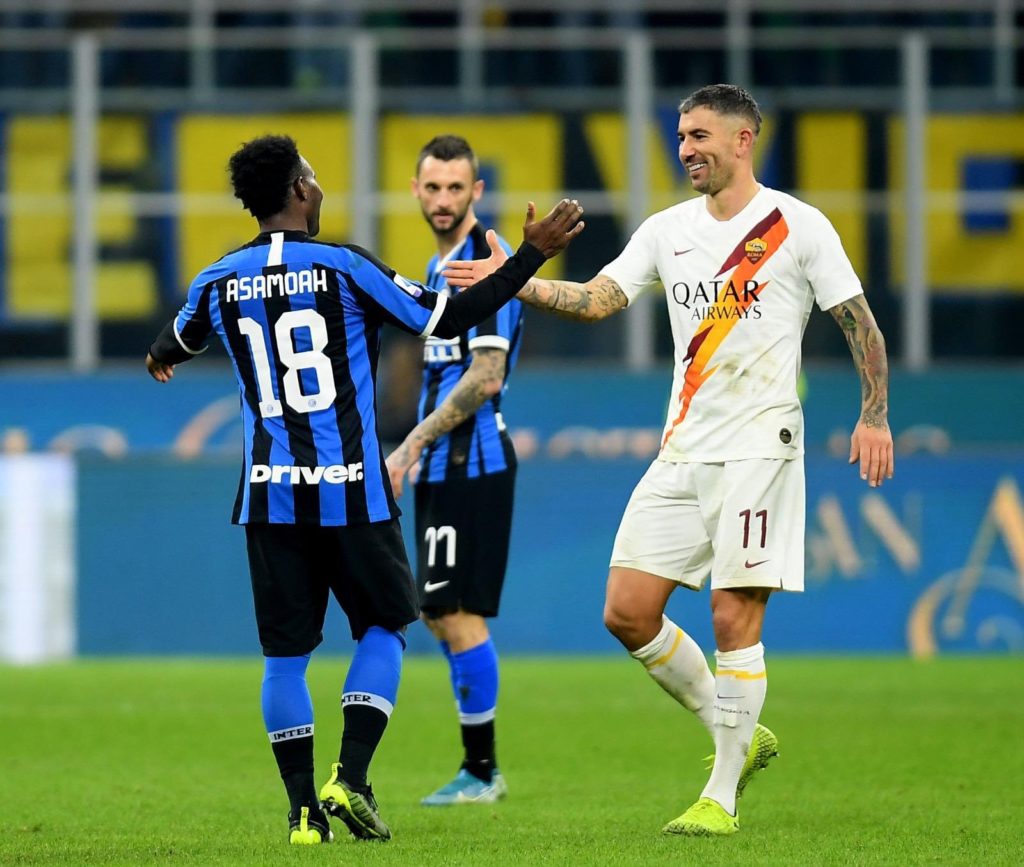 Midfielder Kwadwo Asamoah has quickly shifted his attention to the Champions League game between Inter Milan and Barcelona on Tuesday at the San Siro.

The Ghana international, who turned 31 today, made an injury return in his side's goalless draw against AS Roma on Friday.

Asamoah came on in the 72nd minute to replace Borja Valero in the middle of the park but the Nerazzuri's could not find a way past their opponents.

Despite the goalless draw, Antonio Conte's men are top of serie A and Asamoah was  pleased with his sides performance against AS Roma.

"A good team performance tonight. Now all focused on Tuesday," he posted on Twitter after the game.

Inter Milan need to beat Barcelona to advance to the round of 16 in the Champions League on Tuesday.

They are on same points with Dortmund, who are third and four points adrift the Catalans in group F.