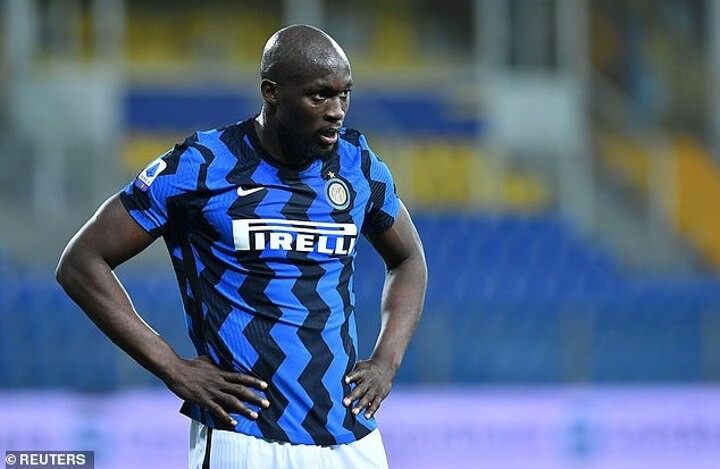 The 28-year-old enjoyed a stellar season scoring 24 goals in 36 games as Inter won their first Serie A title since 2010, and his remarkable form has the seen Belgian linked with some of European football's leading clubs including Chelsea and Manchester City.

Ahead of Inter's pre-season friendly with Pergolettese Marotta reiterated Lukaku's importance to the team and stated he wouldn't be leaving the San Siro.

'From our side, we can yes absolutely, Lukaku is not for sale. Lukaku is an important piece on the chessboard available to Simone Inzaghi.' Marotta told Sportmediaset.

Since arriving at the San Siro from Manchester United in the summer of 2019 Lukaku has scored 64 goals for the Nerazzurri, he also netted four times for Belgium during their run to the Euro 2020 quarter finals.

Chelsea have been heavily linked with a move for Lukaku, however Borussia Dortmund striker Erling Haaland is believed to be their top target.

Any deal for Haaland would cost an exorbitant amount of money due to the fact the 21-year-old is one the most sought after players in world football.

However, Inter need to sell players this summer due to their precarious financial situation as a result of the club being badly impacted by the pandemic.

The sale of Achraf Hakimi to Paris Saint-Germain for £51.3 million has relieved some of that pressure and they're now in a better position to keep hold of Lukaku.

Manchester City are also rumoured to be interested with Pep Guardiola seeking a replacement for Sergio Aguero who joined Barcelona on a free transfer earlier this summer.