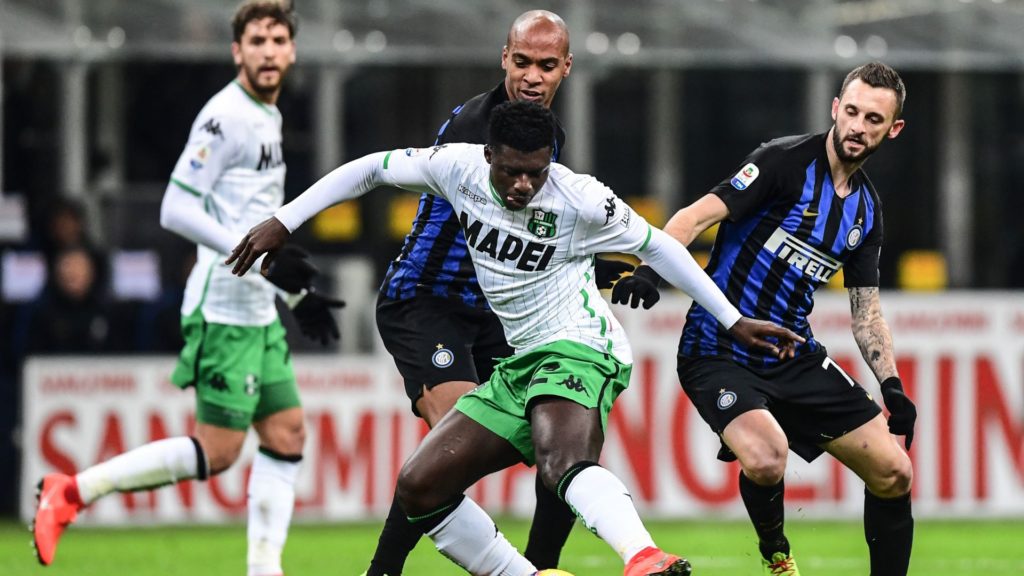 According to Tuttosport, the Nerazurris want the Ghanaian midfielder to strengthen their squad as they push for the serie A title.

The 26-year progressed through the ranks at Inter before being sold to Sampdoria in 2014, who subsequently sold him to his current employers Sassuolo.

Inter's management have good relations with their Neroverdi counterparts as the deals for both Matteo Politano and Stefano Sensi in recent seasons go to show.

Duncan is however not the only player Inter are considering with them also taking a keen interest in Dejan Kulusevski, Sandro Tonali, Rodrigo de Paul and Gaetano Castrovilli.

But it is particularly difficult to see Inter manage to land any of Kulusevski, Tonali or Castrovilli in the upcoming January window which is why Duncan has become an option for them.