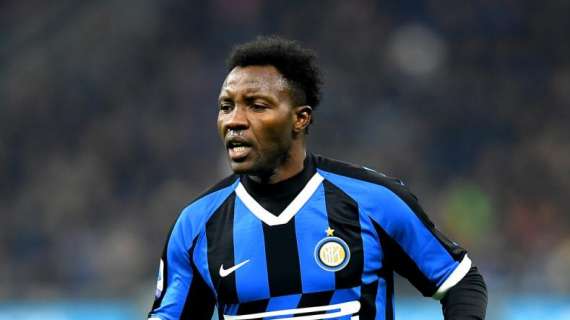 Inter Milan have initiated steps to terminate the contract of Ghanaian Kwadwo Asamoah, according to Italian newspaper Gazetta dello Sport.

Asamoah’s contract with the Italian giants will expire in June 2021.

However, the midfielder, who in recent years has played as a left-back, is not in head coach Antonio Conte’s plans for the season.

According to the report, the club want to make his departure easier as terminating his contract will mean he can leave as a free agent, with Turkish side Fenerbache are reportedly interested in signing him this summer.

The 31-year-old joined Inter in 2018 after a successful six years at Juventus.

Asamoah was confident of a great time at Inter because of Conte, having excelled under the Italian tactician at Juventus

But things have not gone as planned for Asamoah. He has struggled to impress because of injuries.

Last season, he missed the majority of games due to a knee problem.