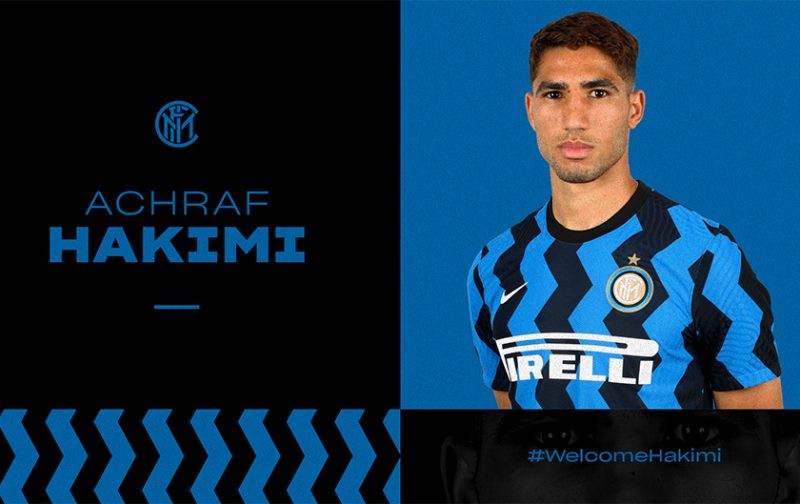 Inter have completed the signing of Achraf Hakimi from Real Madrid on a deal that will see him ply his trade at the Stadio Giuseppe Meazza for the next five years.

Hakimi has spent the last two seasons on loan with Borussia Dortmund, having only made nine appearances for Los Blancos in 2017, where he became a fan favourite with the famous yellow wall.

Hakimi put pen to paper on the five-year contract with the Nerazzurri, and it’s believed the defender will earn around €96,000 a week during his time in the north of Italy.

Borussia Dortmund also confirmed the Morocco international’s move as they took to social media to thank him for his time at the club and wish him well for the future.

“We thank Achraf Hakimi for the time he was in Dortmund,” BVB posted on their official Twitter account.

“We wish him all the best for his future career.”

The 21-year-old is the first in an expected host of arrivals at the Meazza this summer as Antonio Conte looks to add depth to his squad in an attempt to end the Nerazzurri’s decade long wait for a Scudetto.