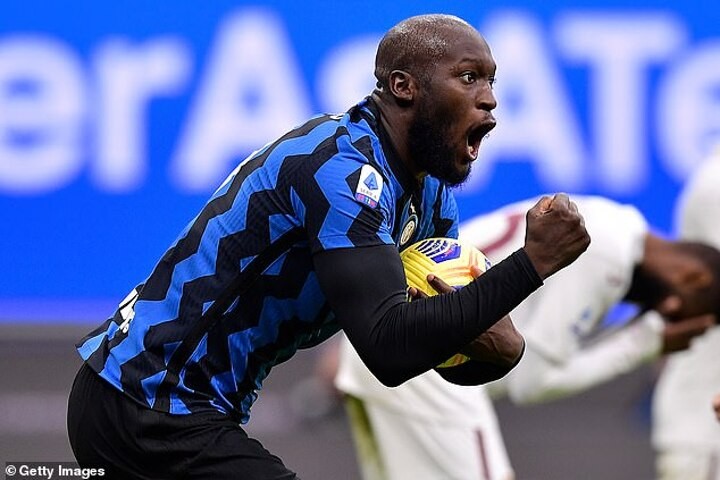 Real Madrid beat Inter Milan without having to face their star man Romelu Lukaku and Spanish media are talking up the Belgian striker as the difference maker ahead of a crucial meeting in Milan on Wednesday night.

Zinedine Zidane's side got their first win in Group B by beating Inter 3-2 in the Spanish capital. Goals from Karim Benzema, Sergio Ramos and Rodrygo secured victory in a tight affair.

But Lukaku, Inter's goal-machine, is set to be reinstated for matchday four in the Champions League and his head-to-head with Real forward Mariano was the key talking point on the front of AS Diario on Tuesday.

Mariano Diaz has been far less effective than Lukaku, netting just once this season. But with doubts over the fitness of Karim Benzema he may lead Real's attack at the San Siro.

Inter boss Antonio Conte had Ivan Perisic slot in for Lukaku in Madrid but it didn't bring about the same returns that the Belgian can provide.

But a lot has happened since the sides played each other in Spain.

An injury to captain Sergio Ramos on international duty has left Zidane exposed in defence, his fears only heightened by the return of Lukaku, who has seven goals in Serie A already this season.

Real Madrid have lost seven of their last eight Champions League games without Ramos in the team.

The heavy defeat by Ajax in the 2018-19 season stands out as does last season's reverse away to Manchester City and this season's home loss to Shakhtar.

Lukaku will fancy his chances of bullying a makeshift back four with his record of nine goals in nine games leaving him full of confidence in his own performance.

But even with an injury-ravaged Real Madrid next at the San Siro, Lukaku is not underestimating the size of the task at hand. Lose and Inter's hopes of a last-16 spot could be as good as over.

'We are not yet a great team, because if we suffer as we have done, it is not good,' Lukaku told DAZN after Inter's recent 4-2 win over Torino.

'I am growing as a player, and I want improve every day, to be a champion. Champions win trophies, this is my motivation . I am a good player with a good team that helps me.'

Inter Milan are bottom of Group B with two points having drawn to both Borussia Monchengladbach and Shakhtar Donetsk, prior to the defeat away to Real.