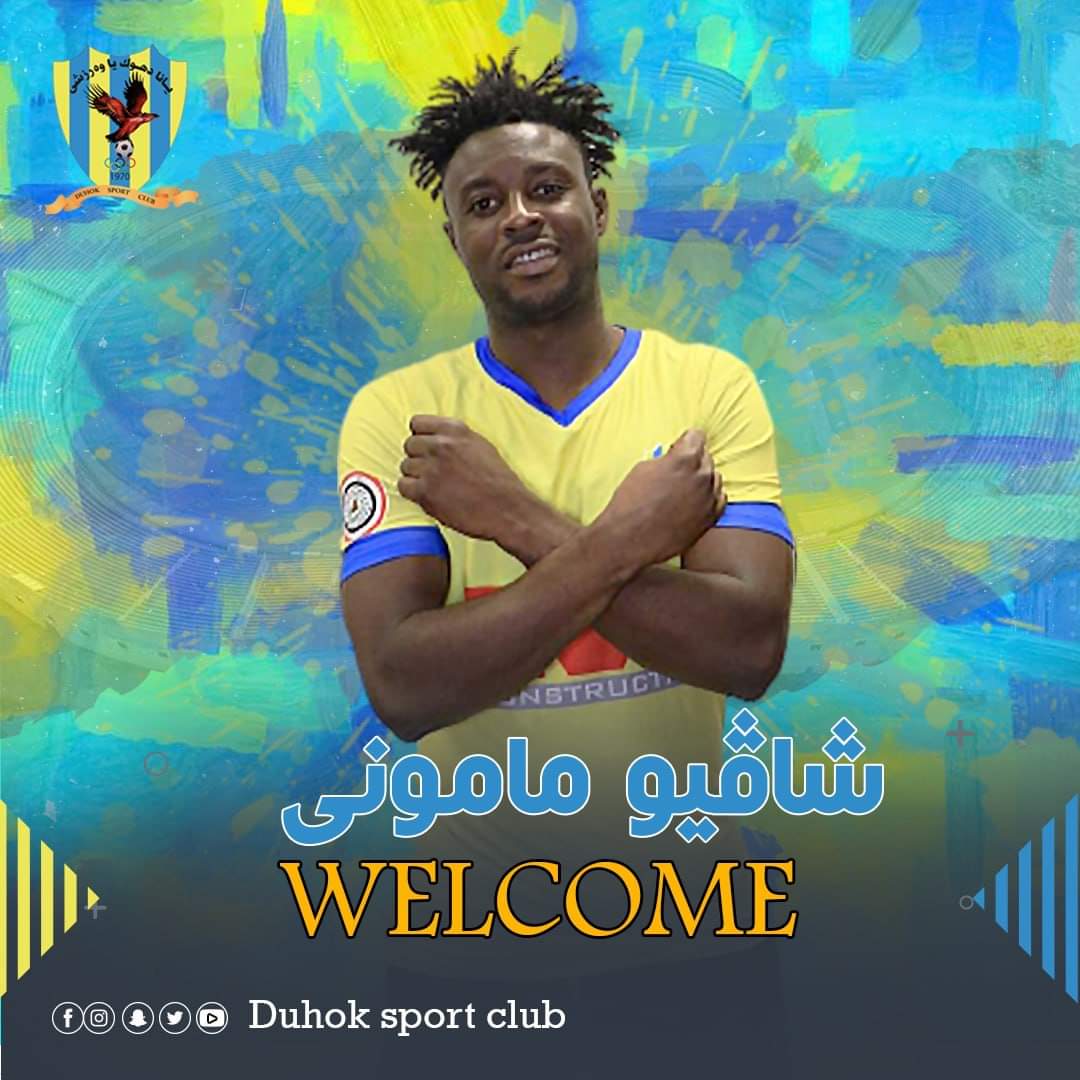 Former AshantiGold SC striker Shafiu has completed a move to Iraqi side Duhok Sport Club ahead of the upcoming 2022-23 season, GHANAsoccernet.com can confirm

The 27-year-old joins Duhok on a free transfer after leaving Erbil Sports Club at the end of the 2021-22 season. He spent half of the season on loan at Al Kahrbaa Club.

The former Ghana international moved to Iraq in March 2021 after a short-term spell at Tunisian club US Monastir after he left AshantiGold.

Mumuni signed for Monastir in October 2020 after leading the home based Ghana national team to a second place finish at the 2019 WAFU Cup of Nations in Senegal.

He won the Golden boot award after finishing the as the top scorer at the tournament.

Mumuni bagged four (4) goals in as many games including a record breaking hat trick against Cote d'Ivoire in the 3-1 win in the semi final of the competition.

He is the third Ghanaian player to sign for Duhok this season after Nuru Sulley and Prince Opoku Agyemang.