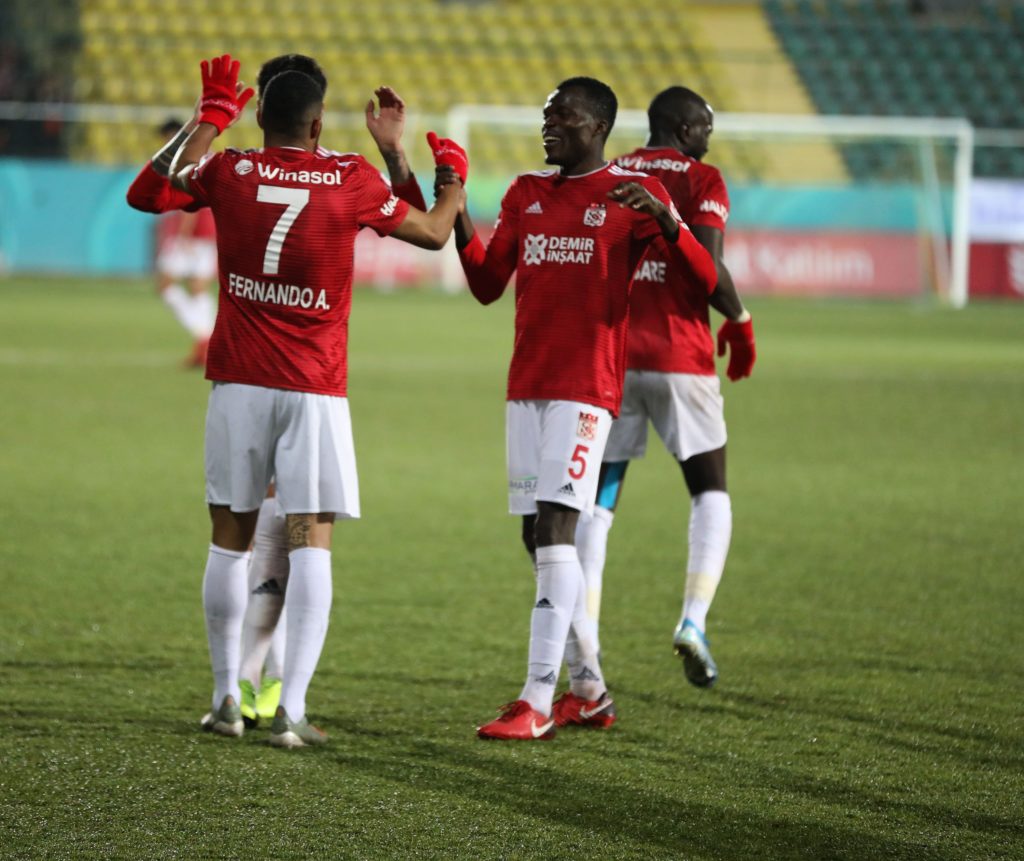 Ghana midfielder Isaac Cofie was in action Sivasspor on Tuesday afternoon as they beat Erokspor 2-0 to secure qualification to the next round of the Turkish cup competition.

Cofie was diligent in his role as the holding midfielder, made neat tackles, provided intelligent passes and acted as a cover for the lateral defenders when they surged forward.

The Turkish Super Lig leaders took an early lead through striker Abdou Razack Traore in the third of proceedings.

But the home side managed to keep the visitors at bay for the remaining minutes of half whiles occasionally posing a threat of their own.

Sivasspor doubled their lead in the in as Fernando Andrade found the to put the game beyond Erokspor.

They top the table with 27 points after 13 league matches ahead of their trip to Malatya to play Afriyie Acquah's Yeni Malatyaspor on Saturday.