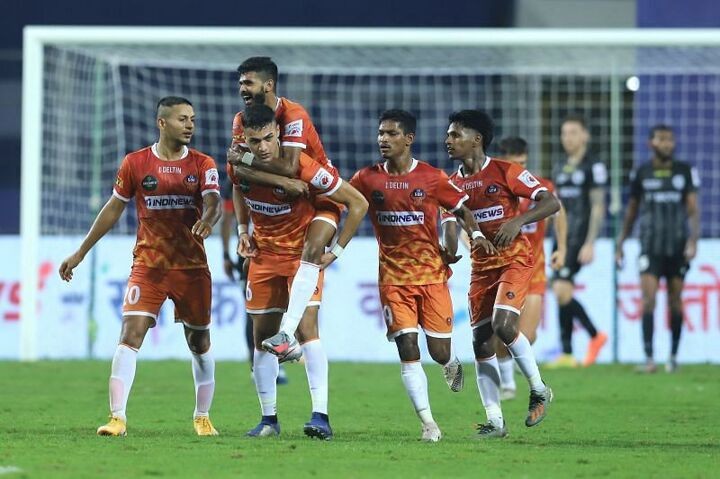 FC Goa staged a late comeback to register a 1-1 draw against ATK Mohun Bagan in their encounter at the Fatorda Stadium in Margao.

The Mariners took the lead through Edu Garcia in the 75th minute before Ishan Pandita equalized nine minutes later.

FC Goa's Edu Bedia swung a dangerous-looking corner-kick and James Donachie towered above his marker to get his head to it. However, ATK Mohun Bagan's Pritam Kotal made a goal-line clearance.

Ishan Pandita then latched on to the loose ball and restored parity for FC Goa by poking the ball into the back of the empty net.

This was Ishan's second goal in his debut season of ISL. The 22-year-old has made three appearances off the bench for FC Goa and is yet to make a start for his team.

When asked if he is ready to find his name in the starting line-up, coach Juan Ferrando answered:

FC Goa contained ATK Mohun Bagan well in the first half and responded nicely to their high press. However, James Donachie committed a foul on Roy Krishna at the edge of the box. Edu Garcia blasted his shot from the resultant free-kick at the top corner to give his side the lead.

Igor Angulo was ill before their encounter against Jamshedpur FC and didn't start the previous game. Juan Ferrando decided not to tinker with the winning combination and despite Angulo's insistence to get on the field, the FC Goa coach decided against it.

FC Goa returns to ISL action on Saturday when they take on Kerala Blasters at the GMC Stadium in Bambolim. The Gaurs beat them 3-1 in the previous encounter and will be eager to get another victory over them.