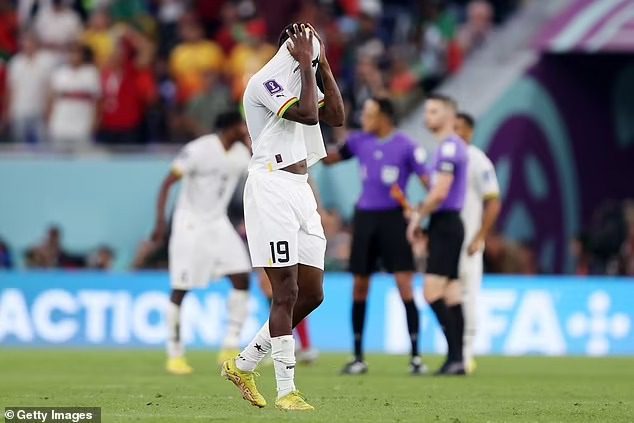 The Portuguese goalkeeper had no idea he had a rival behind him, and disaster was on the way.

It had the potential to be the biggest mockery of the World Cups, but Inaki Williams slipped and was unable to complete the great mischief that would have given Ghana a draw against Portugal.

An action almost unheard of in professional football was about to end goalkeeper Diogo Costa's career, as he was robbed of a ball right under his nose.

What happened in the final seconds of this Group H match?

The goalkeeper had control of the ball, dribbling it around his own area and giving instructions to his teammates; the problem was that he didn't realise a silent and cunning Inaki Williams was lurking behind him.

Williams realised the Portuguese goalkeeper was unaware of his presence, so he remained silent a few metres behind him, and as soon as the goalkeeper dropped the ball to clear it, the player shot from the six-yard box to steal the ball.

And he succeeded! He appeared on the right, passed the goalkeeper, and the ball arrived; however, when he attempted to turn, he slipped, complicating matters.

Despite this, the Ghanaian was able to maintain control after rising to his feet and leaving the goalkeeper prone with a touch, but before he could fire, a defender appeared just in time to steal the ball and frustrate what could have been one of the most bearish 'bears'. greats in World Cup history.

Was it Diogo's lack of concentration or Williams' vivacity that was more noticeable? The truth is that this childish play could have been the climax of the crazy game between Portugal and Ghana, which ended 3-2.