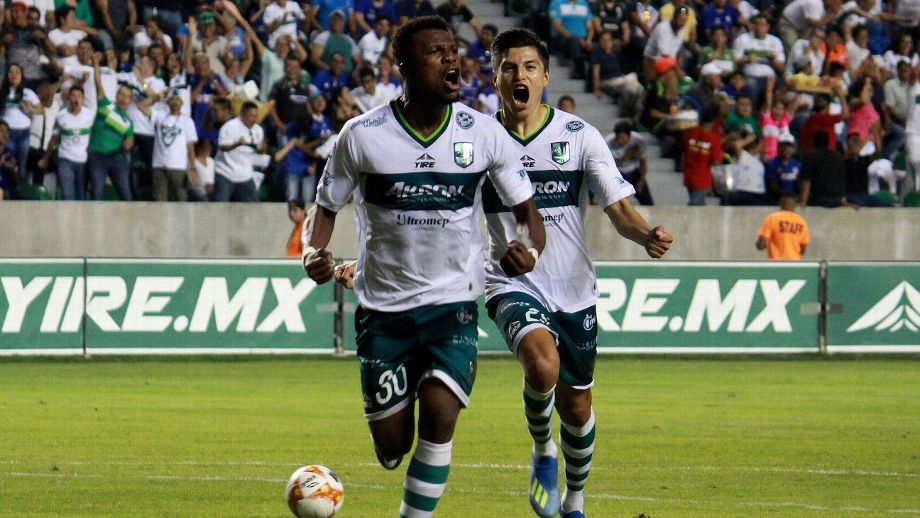 Jacob Akrong, born in 1992 in Accra, Ghana, arrived at Mexican soccer to reinforce Zacatepec at the Apertura 2017 after living through the worst moment of his career with Almeria of Spain, a team that did not pay him in time and shape.

Now in the Ascent MX team lives the best chapter of his stage as a professional, where he has acquired a taste for band music, mariachi, pozole, and mole.

Akrong acquired a taste for football since childhood in his native country, which he shared with his friends David Atia and Ishmael Kelvin Mensah, especially with the latter who also achieved the dream of becoming a professional in Africa.

"Soccer is something I've been doing since I was little, something that I see as a talent since I was a little soccer player in my country, Ghana, a friend in my country, who always walked with him when he was little, always went for me. to play football between the two of us, because he had the ball, the ball, we were going to play football with other people, and from there I started, "he said in an interview with ESPN Digital.

"At first I was playing U-20 in my country in the team called Liberty Professionals, then I went to the U-20 team. With the Liberty Professionals, I went to a tournament in Nigeria, we were second and I was the best player in the tournament. We returned to my country and from there I went to Monaco to do tests for two weeks and I returned to my country. When we returned we have another tournament, but this one in my country that Udinese organizes. We were champions and I was the best player in the tournament and from there Udinese hired me when I was 17 years old, "he said.

Before leaving for Italy with Udinese, with whom he signed for five years, he shared football with the administration career; while he began to see the Brazilian Thiago Silva as his example to follow, for the leadership he showed on the field.

In the Iberian country also went through the Guadalajara and Almería , team where Patricio Arana, sports director of Zacatepec, saw him play and invited him to be part of the Cañeros, a proposal that I do not hesitate to accept for the present that he lived.

"The team I was on had a lot to give me and then I have to leave it there. As they owe you a lot they do not let you play anymore. That was the most complicated moment in my career, since everything is calm. When Patricio Arana arrived, here we will always pay you every month, you will not stay like this, "he said.

"He tells me he has a team in Mexico with good players and he wants to take me there and I told him I had no problems. I had not really heard much about Mexican soccer. Since I did not know anything about it, why am I going to think about something, I'm going to see what there is. If I get there I will know what there is and what Mexico has, "he said.

Akrong accepts that his first four days in Mexico suffered a lot, but his personality helped him to gradually integrate with his classmates.

"At the beginning I suffered a little because it is a new place, a new country, everything new, at first it costs you, but I am a person that fits with people very easy, I live easy with people, although I do not know it, that helped me The first four days I was alone, but suddenly when I've been five days I start to approach them, talking to them, making jokes, dancing, things that make them laugh, that helped me a lot and everyone loves me very much for how I am always happy, "said the footballer who immediately noticed differences in the Aztec football compared to what he was used to.

"In the field of football at first it was a bit difficult because there are so many things here in Europe, there is no way to go strong, but I have teammates who helped me a lot." Mexican soccer is a good level because people play well, play very well football, "he shared.

After little more than a year and a half in Mexico, Akrong, who has found the taste of the band and the mariachi, in addition to his favorite dishes are pozole and mole, aspires to move up with Zacatepec to reach the First Division.

The defender describes the moment he lives in Zacatepec as the best episode he has had in his career.

"I'm fine, I'm very comfortable in Zacatepec, I'm a strong center, who goes up high, also with my feet, I defend with everything and also very aggressive in the good sense of the word."

Jacob, 26, lives alone in Mexico and uses his free time to learn more about the country. He has sacrificed his family that is in Ghana and has not seen for four years to live the dream of being a professional footballer.

"He missed a lot of things, my friends, my family, football when I'm living with my friends, but talked to them about WhatsApp," he said.